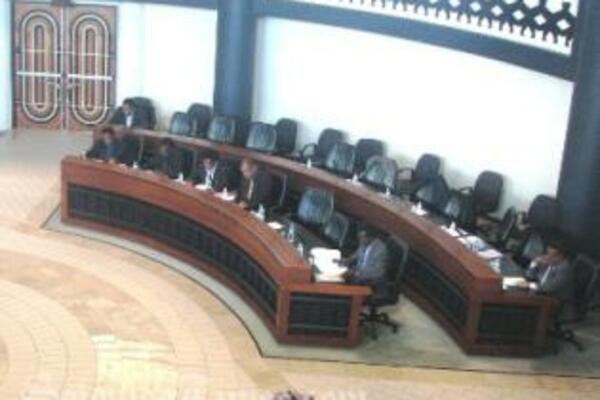 Dr Sikua says the Integrity Bill should cover about 60 or 70 percent of some of the perceived weaknesses in the current system, one of which is the absence of strong political parties.
Source: STO Archives
Share
Friday, 10 April 2009 11:03 AM

Prime Minister, Dr Derek Sikua, is adamant that his proposed Political Party Integrity Bill will go a long way in addressing the instability in the executive arm of government, an unfortunate feature of Solomon Islands politics for some time.

Dr Sikua says the Integrity Bill should cover about 60 or 70 percent of some of the perceived weaknesses in the current system, one of which is the absence of strong political parties.

Dr Sikua and those who advocate such a system say an integrity bill that seeks to strengthen political parties will ensure that the frequency of "party hopping behaviour" amongst politicians will be minimized.

However, in an e-mail to the Solomon Times, Doctor Jon Fraenkel of the Australian National University's State, Society and Governance Program says that such a system may not work out the way many hope it would.

"I do not think the proposed integrity bill will achieve the desired results. It will either generate a major crisis at some point or it will simply fail...either before the courts or in the face of administrative stone-walling."

Dr Fraenkel cautioned against taking such an approach as it is "a fair bet that, sooner or later, an unpopular PM will seek to use such legislation to maintain his position." "A fair bet because many Prime Ministers across the Pacific and in Solomon Islands have sought to use any possible law in this way," Dr Fraenkel said.

"If you do not want to face mid-term challenges, it is better to adopt a presidential system where at least the government that starts out has a strong popular mandate because the President is elected in a nationwide ballot."

Dr Fraenkel said such a "bill is a measure by the political class to protect itself from challenge, and the odd as-yet-unfinished story of similar legislation in PNG is that the authorities weren't willing or able to implement it."