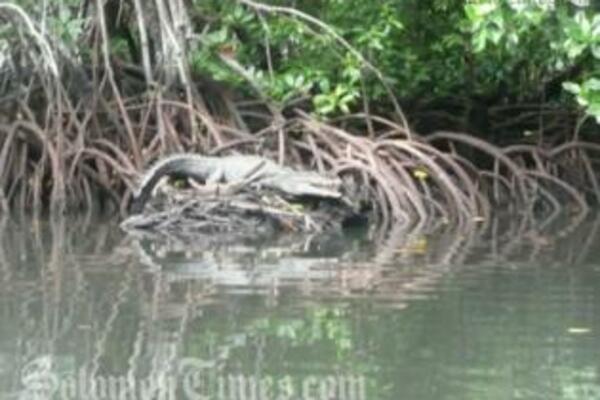 There are two focal areas: mainstreaming climate change concerns into sectors' policies and programmes, and working with communities to implement climate change activities on the ground.
Source: Photo supplied
Share
Thursday, 01 November 2012 10:12 AM

The Solomon Island Government has launched a pilot project that could have far reaching benefits for the Pacific region.

In partnership with various national agencies, non-government organisations (NGOs) and developmental partners, the government will initiate an integrated, cross-sectoral climate change adaptation programme, the first of its kind in Solomon Islands.

"The programme is the Coping with Climate Change in the Pacific Island Region Programme (CCCPIR). It is jointly implemented by the Secretariat of the Pacific Community (SPC) and the German Agency for International Cooperation," explained Dr Killmann, Programme Director and Senior Advisor.

Dr Killmann works closely with SPC's Senior Climate Change Advisor, Mr Brian Dawson, and other regional bodies supporting the CCCPIR Programme are the University of the South Pacific (USP) and the Secretariat of the Pacific Regional Environment Programme (SPREP).

"This is a highly innovative approach. I am convinced that economic cooperation is the way for the future. We have to pool our resources and bring together the different development partners and regional organisations," said Dr Killmann.

The Government of Solomon Islands requested a coordinated effort by all stakeholders to share expertise and resources, and has selected Choiseul Province as the site of the pilot. The collaborative effort brings together the Choiseul Provincial Government, wards and communities, government ministries as well as the development partners, regional organisations and NGOs.

There are two focal areas: mainstreaming climate change concerns into sectors' policies and programmes, and working with communities to implement climate change activities on the ground.

Choiseul has a population of close to 27,000 living on the province's three islands, the largest having a landmass of 3,106 square kilometres.

While logging is the major commercial activity, other major sources of income are the production of chainsaw-cut timber, copra, root crops and fish. Logging and unsustainable land-use have resulted in the clearing of steep slopes, leading to erosion and, in turn, to the silting of rivers and coral reefs. The clearing of mangroves contributes to coastal erosion, and has an adverse effect on the breeding and nursery stages of many forms of marine life, affecting the source of important food and income resources.

These conditions will be intensified by the impacts of climate change. With near-coast soil made saline by sea-level rise, crops will become even more difficult to produce. And with an increasing population, many living in low-lying areas, more people will be at risk from flooding.

The aim of the CCCPIR Programme is to strengthen the capacity of Pacific Island countries to cope with climate change impacts, such as an increase in cyclone intensity and temperature increase, altered rainfall patterns, more extreme floods and droughts, and rising sea levels.

Along with SPC, GIZ, SPREP and USP, other partners supporting the coordinated effort, which has funding of ?18.4 million by the German Government over six years from 2009 to 2015, are the United States Agency for International Development, the Japan International Cooperation Agency and the United Nations Development Programme.