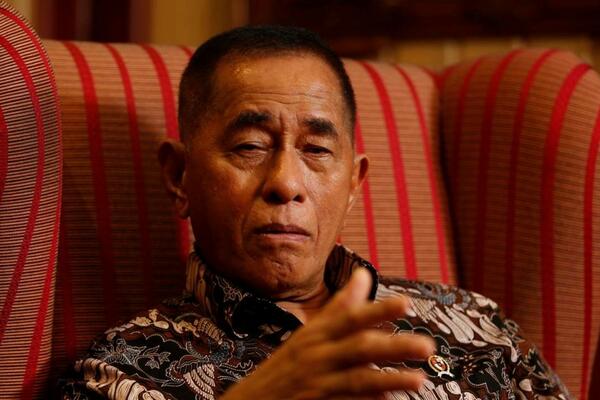 Indonesia's Defence Minister, Ryamizard Ryacudu, warned that Indonesia will not stay silent when its sovereignty is compromised.
Source: scmp.com
Share
Monday, 31 October 2016 10:37 AM

Indonesia's Defence Minister, Ryamizard Ryacudu, has called on the Solomon Islands, and other Pacific states who spoke out about rights abuses in West Papua, to refrain from interferring in the internal affairs of Indonesia.

Solomon Islands' Prime Minister Manasseh Sogavare, in his role as chairman of the Melanesian Spearhead Group, has been vocal about boosting West Papuan representation in the group.

He was also one of seven leaders of Pacific states who spoke out about rights abuses in Papua and on support for Papuan self-determination at last month's UN General Assembly session.

Ryamizard said friendly countries do not disturb each other by interfering in domestic issues.

He warned that Indonesia will not stay silent when its sovereignty is compromised. He described Indonesia as a tiger that can attack if disturbed.

Radio New Zealand also reported that in a recent meeting with Australia, Ryamizard urged them to rebuke Pacific Island states who raise issues relating to West Papua in global fora.

Australian government representatives, including Foreign Minister Julie Bishop, were in a meeting in Bali where the two countries reaffirmed security ties.

He pressed Australia to pass a message to Solomon Islands that it should refrain from interferring in the internal affairs of Indonesia, including the issue of West Papua.

Ryamizard told media that he had implored Canberra to speak to Honiara on the matter because Australia contributes a big aid package in the Solomons.

The Minister urged Australia to pass on the message to Solomon Islands and other Pacific states that they should not invite West Papua to join the MSG.

The MSG accepted the United Liberation Movement for West Papua into the group with observer status last year and is considering whether to elevate it to full membership.

An MSG leaders meeting on the matter is due before the end of the year in Vanuatu.

Indonesia has associate member status at the MSG.