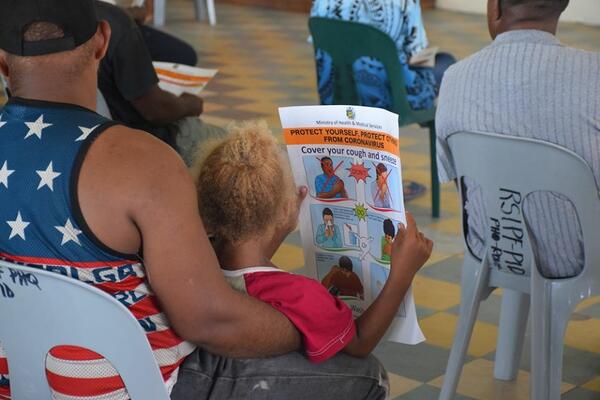 The National Emergency Operations Center (NEOC) said there are reports people are continually breaching measures imposed by authorities on COVID-19.

In its sixth consolidated report, NEOC said the breaches occur daily and is increasing.

Highlighted under the safety and security component headed by the Royal Solomon Islands Police Force, the National Intelligence Department (NID) said there are also negative reactions towards enforcement agencies.

“This is likely to occur due to frustration over COVID-19 measures especially with market vendors”, NID said.

There are also reports of an increase in number of people returning to Honiara due to resumption of classes for those undertaking exams this year.

Another factor attributed to the return of people to Honiara was lack of food and finance due to increase number of people in households.

The NID in the RSIPF said these issues needs to be settled amicably to avoid any insecurity in the future.

NID is continuing to monitor these issues for new developments.

In much of the World today policies that were perhaps once unthinkable, outside of  authoritarian states, are now the new norm.

It is well documented that governments that fail to take swift action to prevent the spread of COVID-19 have struggled to cope with its effects.  But as economic hardship increases a new strategy might have to be considered, one that strikes a balance between our safety against the virus, and sustaining livelihood.