In His Own Words, Kelvyn Speaks Out! 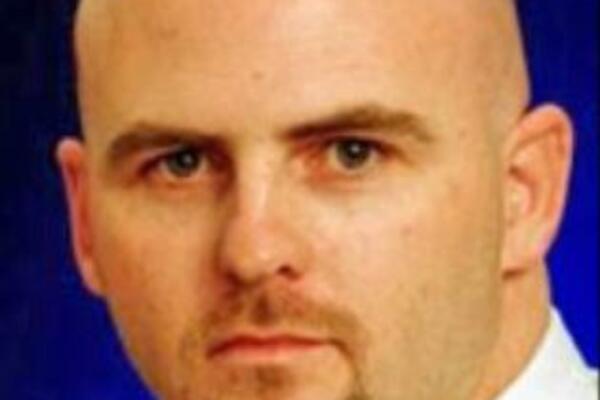 Allow me if you will, to respond to a pocket of seemingly organised criticism that is being peddled by a number of ill-informed and ultimately misguided personalities.

Negative statements have been in a number of public forums about the employment of my business model in the Solomon Islands; that being a 50/50 profit sharing agreement with the landowners in the Pheonix International (SI) Limited mining concession area and whether the landowners will in fact, receive this level of return.

I will state here and now for the record that this will indeed be the case. How can I ensure this to be the case you may ask? Simple really; thus far all expenses have been incurred by the Company and by me. The Landowners have benefitted already through local employment at rates far greater than the average given by others - in actual fact, labourers that worked with the locally employed geologists were each paid $1,000.00 per week, plus $500.00 for food, plus all necessary expenses for personal items such as footwear to ensure they were comfortable in their work.

At all times, between 12 and 24 locals from the concession area were engaged on a rotating basis to ensure the money was spread throughout the hands of as many people as we could manage. I believe a total in excess of 70 people benefitted from this method.

Add to this, the payments made to assist the elderly and for the landowners to run the administration of their committee including travel, meetings, sponsorship and a whole host of other payments that all went directly into the local economy. This in my opinion is all a part of doing logical and fair-minded business, where those you work with are treated with respect and equality.

The level of investment made so far has been a considerable personal cost. The level of investment to come will of course be of a far greater level. Not one cent of that investment is expected to be repaid by the landowners because that is part of the business model. I supply the finance, expertise and equipment for my 50% share in the profits generated and the Landowners contribute ongoing access to their land and resources for their 50% share in the profits. A simple but effective business model I would have thought.

The Company has not leased the land from the Landowners as we believe the land belongs to them and therefore, apart from the immediate operational areas, the landowners should be free to utilise their land as they see fit and benefit from the same. A Surface Access Agreement was made and all required issues addressed. We have no restrictions in place or no go areas outside of that immediate operational area either. Gold panning and other initiatives undertaken by the landowners remain in full force and effect throughout their land.

Upon the alluvial mining activities that will be commenced, the company will be profitable from the outset. Gold is at a very good international rate ex-refinery and even if the Gold dropped to $300 USD per ounce, the company would still be profitable due to the fact we have no debt to service, we have no major overheads or middle management that often sucks up the funds before anyone can realise a return from it.

The Company will employ this business model in every resource sector we have the good fortune to be invited into.

As for the many critics that I know for a fact have never spoken to me personally, nor had the ability to apply an open-minded methodology to assess the facts as opposed to the rhetoric, all I can say to you is wait and see. If for some reason I stuff things up, then you have cause to get on your high horse and trumpet your opinions from the heavens. Until that day, try to think about others instead of yourselves or those that may be having an undue influence on your statements.

This we have achieved and the initial results we have from SGS Minerals (a New Zealand Company that deals in assay methods) have proven significant, these results coupled with the results from the latest prospecting activities which we believe will show a far greater result, will be submitted to the Ministry of Mines and Energy as required under the Act.

I know my arrival on the Solomon Islands business scene has caused some people to become very nervous and uncomfortable, but that is an issue they themselves have to deal with because I will continue to do what I do despite them. Maybe the years of easy money at the expense of those that should rightfully benefit is over and why I am now the target of such attacks?

Alfred Sasako has also had to endure criticisms of his journalistic integrity whereas it relates to Pheonix International (SI) Limited operations and me as the man behind it. Alfred is a man that decided to dig beneath the crap that litters the internet that was posted by people that again have agendas. He attempted to separate fact from fiction and the reason why he is one of the only journalists I will speak in depth with.

Readers, you will only ever get told what others want you to know; you will not get the facts unless you engage in searching those facts out. Too many people want you to remain ignorant and I for one will not stand by and continue the farce.

As for my interest in the politics of the Solomon Islands, it is obvious that every business holds such an interest, whether disclosed openly or not, because without a stable Government, you cannot have a stable nation and that is not good for investment potential and of course, carries great risk. Although my opinion is but one man's, I believe I have always voiced that opinion openly as to what I believe the best way forward is.

I have offered my services to the Government at no cost for advice on Monetary Reform and Taxation, but I feel vested interests have other ideas that they wish the Government to implement rather than commonsense ones. I could write much on this topic and provide evidence of this; however, this writing is in answer to those that criticise what they know nothing of.

In closing, it matters not how many people spread untruths or misinformation about me or my intentions, because the ultimate judges of all, is realised truth and fact that is how it should be after all.