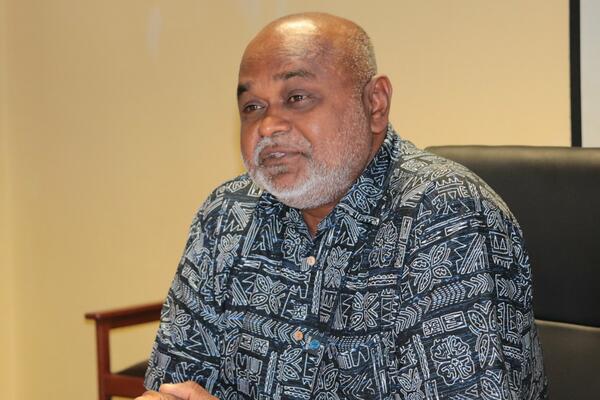 SINU Vice Chancellor Dr Ganesh Chand, who is presently in Fiji, has described allegations made against him as preposterous, malicious and defamatory.
Source: File
Share
Wednesday, 08 July 2020 08:23 AM

As such staff at the University have been advised to return to work today. An email was sent to all the staff at SINU yesterday by the the Pro Vice Chancellor (PVC) and acting Dean of the Faculty of Education & Humanities, Dr Jack Maebuta.

“I’m writing to convey to you that the current impasse between the two Unions and SINU council has been referred to Trade Dispute Panel for preliminary hearing on 13 July 10am.

"Under Section 10 of the Trade Dispute Act when a dispute is before the panel striking parties must resume duties", Dr Maebuta said.

"Therefore, in compliance to this please advise your staff to go back to classes tomorrow (today).”

Meanwhile, SINU Vice Chancellor Dr Ganesh Chand, who is presently in Fiji, has described allegations made against him as preposterous, malicious and defamatory.

In an interview with Fiji Times Mr Chand said there was no truth to any of the allegations.

“None whatsoever,” he said.

He said he had been fighting corruption at the university since taking up office in March 2019.

“We have already started in this direction and dismissed staff found to be involved in such practices.

“We will continue to transform SINU into a clean, transparent, and credible university,” he said.

Mr Chand said he had not received any allegations made against him. He said he would operate the university “according to its laws and policies”.