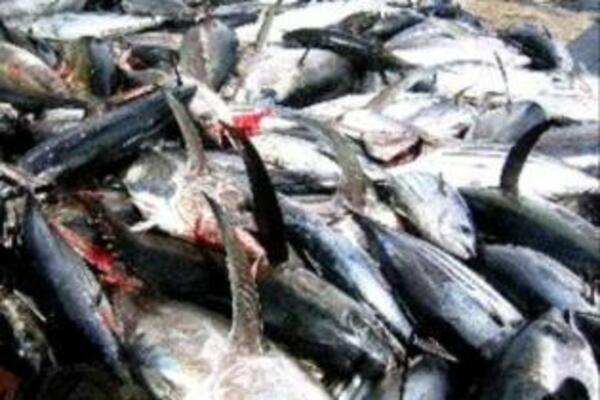 Profits these fishing vessels make are in the hundreds of millions of dollars annually.
Source: Photo Supplied
Share
Tuesday, 05 April 2011 08:49 AM

With the recent detention of yet another fishing vessel, those familiar with the industry says that it is time the country does more to curb such illegal practice.

A former senior fisheries officer, who wished not to be named, says that the fishing industry is not deterred since the disincentives that should force these vessels not to fish illegally is not that great.

"If you look at those fishing vessels that have been caught, most of them have been released with just a fine...but that's not the fault of the Ministry of Fisheries, I think the laws need to change to ensure that fines reflect the current situation in the fishing industry."

The former senior fisheries officer says that profits these fishing vessels make are in the hundreds of millions of dollars annually, which makes our fines look "very very small, and does not act as a disincentive."

There are also concerns raised over what appears to be political interference and lack of action against illegal seafood exporters.

The major watchdog body in the Solomon Islands, Transparency International, is calling for action by the police.

Acting Police Commissioner Walt Kola says if people have information they should tell the police.

"It will be treated in the normal investigation process and they will be dealt with under the law.

"If people are there with information that there is such issue then I would encourage them to come foward to the police and we will be working together with them in terms of properly dealing and investigating the reports."