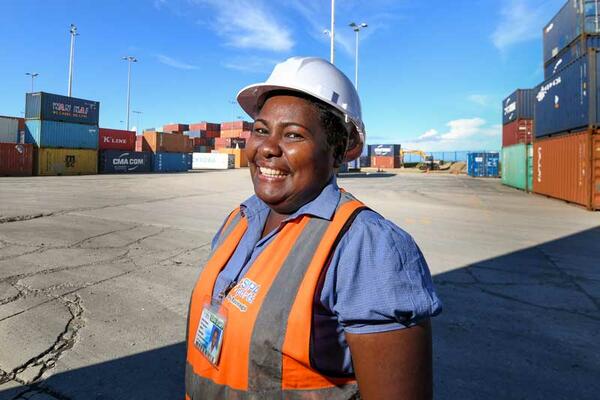 More than 6,500 employees working for the biggest companies in Solomon Islands are now benefiting from more equal, supportive and respectful workplaces, with a marked rise in the numbers who feel safe at work, in the wake of a two- year initiative on gender equality.

This findings are contained in a report assessing the Waka Mere Commitment to Action, which showed the number of employees who did not feel comfortable or safe at work fell from 25 percent two years ago to just 10 percent. It is a huge shift in a nation where 64 percent of women experience violence in their lifetimes and its effects often spill into the workplace.

Research by IFC, a member of the World Bank Group, has found 80 percent of employees who experienced violence were impacted at work; with 20 percent of them in the same workplace as their abuser.

Jointly led by IFC and the Solomon Islands Chamber of Commerce and Industry (SICCI), and with support from the Australian and New Zealand governments, the Waka Mere initiative catalyzed companies to adopt new policies and practices to close the gaps between men and women, improve corporate culture, invest in future female leaders, and offer women skills training and jobs in roles traditionally held by men. Business outcomes also improved, with increased productivity and innovation, decreased absenteeism and reduced employee turnover.

Under Waka Mere, which means She Works in pidgin, many women who took part in leadership training, with 80 percent of the first set of trainees receiving a promotion or new responsibilities. In a nation where women seldom drive, seven companies trained women drivers. participating companies saw a jump in loyalty, with more employees comfortable to recommend their employer to male and female friends.

"Waka Mere demonstrates businesses can bring cultural changes on gender issues, even in traditionally male dominated spaces," said Atenasi Ata, SICCI Chief Executive Officer. "The benefits of this program have been felt across our companies and beyond the 15 participating companies to our larger membership."

"Investing in women is a great opportunity for business, with the potential for so many benefits, such as improved productivity, staff retention, and enhanced profits. It’s great to see these companies take the initiative to empower women, making for better business, happier workplaces and contributing to a stronger economy," said IFC’s Country Manager for the Pacific, Thomas Jacobs.