I Have Unfinished Business: Sikua 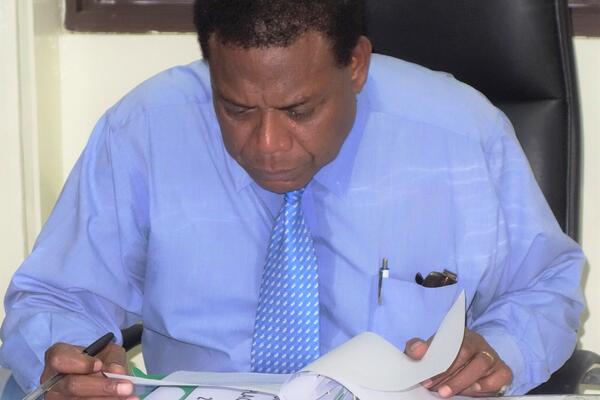 Sikua became a Member of Parliament in 2006. However, in the 2019 National General Election he lost the seat to Jamie Vokia who later lost his seat in a High Court petition led by Sikua.
Source: SIBC
By Georgina Kekea
Share
Friday, 09 October 2020 10:46 AM

A former Prime Minister who is contesting the North East Guadalcanal constituency by-election says he still has unfinished business to attend to.

Dr. Derek Sikua says he did not expect to lose in the 2019 National General Election.

“But it happened, so I really want to continue and leave my people at a point where I am satisfied, and that I have done all I could and what I have planned for my people”, Sikua says.

Sikua became a Member of Parliament in 2006. However, in the 2019 National General Election he lost the seat to Jamie Vokia who later lost his seat in a High Court petition led by Sikua.

Dr Derek Sikua's loss was perhaps one of the biggest election result upsets in the 2019 NGE.

Jamie Vokia's wife will be contesting the by-election, but Sikua says having the former MP’s wife contesting is not the same. He is confident.

Having stayed out of politics for the past year had made him see what needed to be done.

“I do believe that the funding mechanism from China will be different to that of how Taiwan handles it with the RCDF. I have no problem with that. We just need to work according to our donor’s requirements”, Sikua says.