Hunt on for Lost Wartime Gold 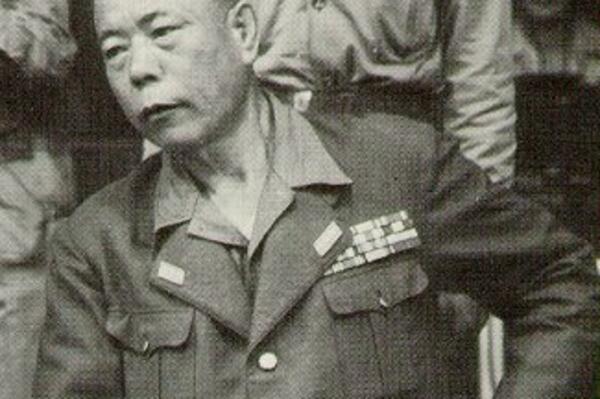 Tomoyuki Yamashita was an Imperial Japanese Army general during World War II. He was most famous for conquering the British colonies of Malaya and Singapore.
Source: Photo supplied
Share
Wednesday, 22 May 2013 09:05 AM

A hunt for millions of dollars in lost Japanese wartime gold worthy of a thriller movie plot is unfolding in the Solomon Islands.

The wreck of a sunken Japanese ship rumoured to contain gold bars worth about NZ$1.6 billion is said to have been discovered in New Georgia Sound, known as "The Slot" during World War II.

According to former Solomon Islands MP and journalist Alfred Sasako, there are two rival groups trying to get the gold.

Writing in the Fiji-based Island Business, he said the first group hunting the gold was made up of senior government ministers, rogue police officers, ex-militants from the ethnic conflict a decade ago, known criminals, public servants and businessmen supported by overseas divers.

Sasako said the second group were Solomon Islanders who, with some foreigners, have found the loot but have refused to show the authorities the location unless the Government agrees to a 50-50 share in the find.

During World War II, Japanese forces held Guadalcanal until US Marines drove them out in a series of brutal land, air and sea battles. About 50 Japanese, US and Australian warships lie in Iron Bottom Sound and The Slot along with dozens of cargo ships.

Japanese wartime gold has long been rumoured in the Pacific, particularly fabled billions said to have been stashed away by General Tomoyuki Yamashita.

Tomoyuki Yamashita was an Imperial Japanese Army general during World War II. He was most famous for conquering the British colonies of Malaya and Singapore.

There are many versions of the tale, but the main elements are pretty standard. Beginning in the late 1930s in Manchuria and China, Japanese teams pillaged the countries they colonized, stripping them of the most precious metals and jewels. Ultimately, this hoard was loaded onto a Japanese ship, which sailed for the Philippines.

The ship made land in the Philippines, the story goes, and Yamashita hid the riches on the island of Luzon in tunnels guarded by trip mines and gas canisters. After the war, the Japanese are said to have funneled the gold back to Tokyo, but the boats never made it to Tokyo.

He went to the gallows after the war without saying where the gold was and it has been hunted from the Cook Islands to the Philippines ever since, without success.

The gold was reputedly on a Japanese ship bombed as it sailed past the island of Santa Isabel. Among survivors was a Solomon Islander working as a cook.

The Solomon Islands Government has refused to comment on the latest rumours.

Sasako said that on his death-bed the cook told his son there was gold on the ship.

"You will find steel boxes lining the hold of the boat lying in 50-60 metres of water," the son was told.

Sasako said the son found gold bars, each weighing about 12.5 kilograms, and now authorities are said to be trying to get the man to reveal the location of the wreck.

Sasako, who was an MP through much of the ethnic unrest on the Solomon Islands in the late 1990s, said the Government had spent $3 million in the hunt, including hiring foreign deep-sea divers and men armed with sub-machine guns to protect them.