Hunt On for Armed Thugs 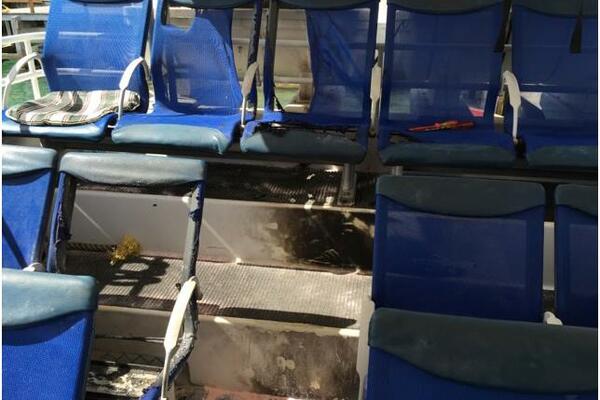 It is understood the armed thugs targeted the boat used by MPs of the Democratic Coalition for Change (DCC), who were staying at the resort at the eve of the prime ministers election.
Source: Photo supplied
Share
Wednesday, 10 December 2014 08:14 AM

Police have confirmed that a shooting incident at the Mbike Island resort is being investigated as several leads come through.

It is understood the armed thugs targeted the boat used by MPs of the Democratic Coalition for Change (DCC), who were staying at the resort at the eve of the prime ministers election.

No one was injured, as it appears the intention was to prevent the MPs from returning to the capital for the election.

The Solomon Islands Police Commissioner Frank Prendergast is calling for calm as police investigate the shooting.

Police have confirmed the use of firearms and petrol bombs and say it has raised questions among members of the public regarding the ongoing consultations on whether to rearm the local police.

Mr Prendergast has called on Solomon Islanders to put their trust in the force, saying the highest priority is being given to the case.

Firearms have been banned in Solomon Islands after an ethnic crisis ended in 2003 with the arrival of the Australian-led Regional Assistance Mission to Solomon Islands.

The mission's first action was to confiscate and destroy firearms used by militant groups but an unknown number of illegal firearms are still in the community.