Hunt for Fugitives Will Continue 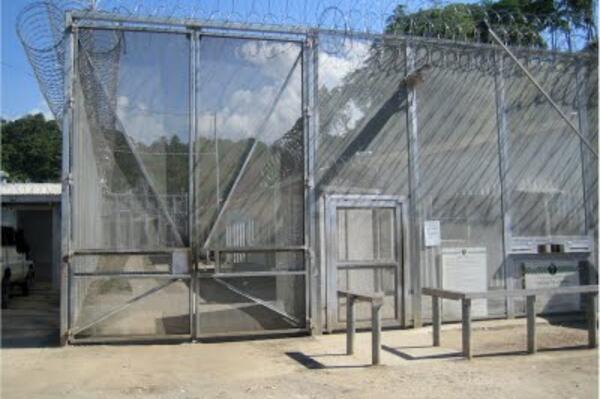 Mrs. Matanga says that as long as the fugitives are still at large, the Royal Solomon Islands Police Force will continue to dedicate police resources to find them.
Source: Photo supplied
Share
Friday, 31 May 2013 09:22 AM

Acting Police Commissioner Junita Matanga says operations to hunt down Edmond Sae and other known fugitives will continue, “however long it will take.”

Talking to local media today, Mrs. Matanga says that as long as the fugitives are still at large, the Royal Solomon Islands Police Force will continue to dedicate police resources to find them.

Her Acting Deputy, Selwyn Rotu says the RSIPF is not only in pursuit of Mr. Sae but also other fugitives who have alleged to have escaped to the weather coast saying, the success of this operation depends on the cooperation of the communities involved.

He says, operation to capture these fugitives will continue despite the transitional phase of the RAMSI “because no one is above the law and justice must prevail.”

Mr. Rotu revealed that some fugitives captured by the RSIPF have been on the run for more than 20 years but the RSIPF had managed to capture them.

“The same will apply to the current fugitives, it may take time, but we will find them.”

Meanwhile, Mr. Rotu also revealed that there are also people wanted on warrants that are still at large and will be caught.

Meanwhile, the Acting Commissioner, Juanita Matanga, says accusations that police are taking sides and don’t have the public’s confidence are from a small minority, and formal complaints should be lodged if they are legitimate.

"That’s one of my priorities, to deal with this issue. Because we would like to see that police are maintaining neutrality and there is no corruption in the force so that we can ensure that we carry out our job professionally."