Humanity Vs the Rule of Law: Villagers Homeless as Developers Move in 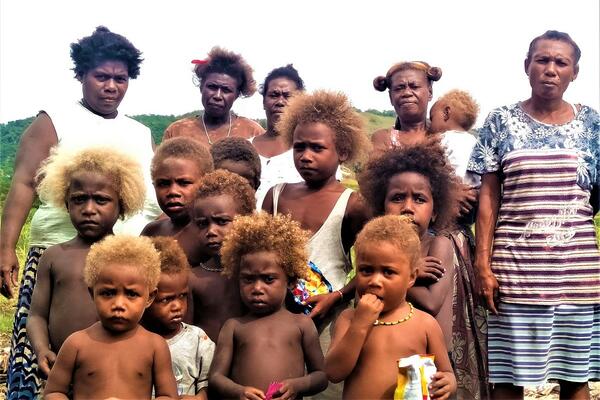 "The children have now become victims. The boss of the contractor’s company had arrived again and told us to move out, claiming it is their land."
Source: Jimmy Nolan
By Jimmy Nolan and Georgina Kekea
Share
Thursday, 02 July 2020 09:14 AM

17 families residing in the Mamara area claimed they will be homeless after they were chased by contractors of the company that is developing the Mamara-Tasivarongo area.

Speaking to Solomon Times Online, Mr. Missi Manu says they have no food as their garden was destroyed by the developing company.

"We depend on the garden for good and even for the market to earn a bit of money for the family, but since we have no garden our lives are just like we are chasing the wind we have no way to access food and money’’, Manu says.

He claimed the company has not kept its promise to them.

"They promise to rehabilitate us till now nothing happens. They only pay $60 per garden plus $1000 per house. With that amount of money it is not enough”, Manu says.

He adds their children no longer attend classes since they have no money to send them to school.

"The children have now become victims. The boss of the contractor’s company had arrived again and told us to move out, claiming it is their land’’.

He says their families are willing to move but asks that the company compensate them fairly to help them return to their place of origin.

But a representative of the company who wishes to remain anonymous says they have already spent a lump sum of money to assist the people in this rehabilitation process.

“The monies paid to them are what were advised to us by the relevant government ministry. Not everyone will receive the same amount of money for their gardens. Some have large gardens, some have small gardens. Those with large gardens, of course, were being paid what was believed to be due to them while those with smaller gardens get a lesser amount of money. There was a formula used to substantiate the cost”, he says.

He says the people were well informed about the developer’s plans and they had already paid them twice as well.

“In the last settlement we spent almost a million dollars in rehabilitation alone”, the company representative says.

He says the company is in no way obligated to pay the people to move.

“But based on humanitarian grounds, of course we feel that we have to do something for the people. We have already paid them twice and just recently we had a ‘chupu’ ceremony for the last payment which was for the crops”, he says.

He says due processes were carried out to let the people know of the legal issues surrounding the land but the people kept going back.

At the same time the Premier of Guadalcanal province, Mr. Francis Sade says there is nothing much his government can do for the people when it comes to the ownership of the land.

“It is an act of parliament. It is the law. There is nothing much the province can do”.

Sade says what the province can do is to call for a review into the Mamara-Tasivarongo-Mavo Development Agreement Act so that there is room for the province to manoeuvre.

“At this point in time, only through the court process can this agreement be challenged”, Sade says.

He encouraged the disgruntled family members to organize themselves properly and to seek advice from his office.

“I understand they were paid twice already. The chupu ceremony held recently was to witness the last payment by the company for the people, for the crops lost”, Sade says.

He also said the company is in no way obligated to pay compensation to the settlers.

Meanwhile, Manu claims that they have been authorized to settle at the area some 20 years ago.

He said the indigenous landowners allowed them to settle there and to make their gardens.

However it is understood the Mamara-Tasivarongo-Mavo Development Agreement Act was established on 5th November 1995. This was more than 24 years ago.

The government, through the commissioner of lands, had granted the developer fixed term estates for the properties for a period of 75 years from the date specified in the instrument of grant.

In the agreement both the government and the developer, Metropolis also agreed to establish a council known as the Mamara-Tasivarongo-Mavo Development Council.

The council consist of seven members. The Council plays a crucial role in ensuring development of the project happens smoothly. The premier of Guadalcanal is a member of the council.

It was only in 2019 that the Democratic Coalition Government for Advancement (DCGA) had prioritised this agreement in its 100 days policy.

DCGA says a key priority area of the government was to finalize agreements with key stakeholders for the Mamara - Tasivarongo – Mavo (MTM) Industrial, Recreation and Township Project.

Currently an extended Environment Impact Assessment (EIA) is being carried out at the project site.

“We already have development consent but the consent was given to us seven years ago. Since we did not carry out any development work, we were ordered to carry out another EIA as there might be changes since seven years is quite a few years back”, the company representative says.

He says all they want is to continue with the work at hand so that this project is fulfilled by 2023.

“Any other issues concerning the development of the project should be raised to the government of Solomon Islands. There is only so much the company can do”, the company representative says.