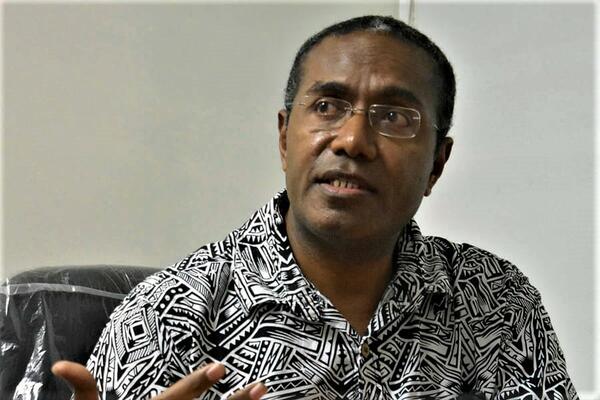 “But given that Solomon Islands is enjoying peace, there is absolutely no justification for the State to halt or confiscate humanitarian aid intended to assist its own citizens in a collective fight against a global pandemic,” Hon. Kenilorea further adds.
Source: File
Share
Wednesday, 24 June 2020 14:38 PM

Hon. Peter Kenilorea Jr, MP for East Are Are and Chair of the Parliamentary Foreign Relations Committee, has reminded national authorities that humanitarian aid is never a crime.

His reminder comes in the wake of recent media reports of the confiscation of medical equipment sent by a former development partner to assist in the ongoing efforts to combat COVID-19.

“I am deeply concerned about the recent media reports of the seizure of medical equipment that had been sent from overseas that will directly benefit the health and well-being of Solomon Islands citizens during these trying times,” says the Foreign Relations Committee Chair.

Hon. Kenilorea points out that access to humanitarian aid is an established international norm that has been utilized over the years, particularly in armed conflict situations and troubled hotspots around the world.

“International law on the non-impediment of humanitarian aid into a country and access to such aid by both state and non-state actors in such a country is legally settled. This is reflected in various international conventions, resolutions and outcomes of international legal actions,” adds the East Are Are MP.

Hon. Kenilorea highlighted the fact that humanitarian aid should be allowed to freely enter the country and be received by the targeted recipients of such aid, more so given that there is an absence of armed conflict in Solomon Islands.

He stated that, “international law on access to humanitarian aid was developed to cater for access to such aid by people caught in times of conflict”.

“It has always been an area of contention during times of armed conflict where access corridors are agreed upon between warring factions for humanitarian aid to be safely transported and delivered.

“But given that Solomon Islands is enjoying peace, there is absolutely no justification for the State to halt or confiscate humanitarian aid intended to assist its own citizens in a collective fight against a global pandemic,” Hon. Kenilorea further adds.

Hon. Kenilorea is aware that there may be administrative requirements or a need for technical processes and calibration of certain medical equipment by the relevant authorities to approve them before such equipment are deployed.

On administrative matters, Hon. Kenilorea states that, in his view, the issue of diplomatic pouch/bag is a non-issue.

“Solomon Islands no longer enjoys diplomatic relations with this former development partner. So by making an issue about the diplomatic nature or the use/misuse of diplomatic bags sent from a former partner, our government, by such action, is knowingly or unknowingly elevating the status of a group of people, that it itself could very well be characterized as an ‘entity or non-state actor’, with no diplomatic standing whatsoever,” Hon. Kenilorea noted.

On the medical equipment, Hon. Kenilorea states that “If there is a need to verify and calibrate the equipment by our medical experts and relevant technicians then the equipment must first be released by authorities so that these processes can be completed”.

“But for the State to confiscate humanitarian equipment on the grounds of ‘defiance’, as reported by the media, in my view, is baseless given our current context”.

It was also pointed out by Hon. Kenilorea that other medical equipment have also been allowed into the country that, following appropriate technical calibration, have been deployed to help the country in combating COVID-19.

But he also cautioned the government to not allow themselves to be caught up and be party to propaganda peddled by foreign interests for their own gain.

“I have it on good authority that a COVID-19 testing equipment donated by one of our development partners and welcomed with much fanfare upon its arrival at Honiara International Airport, is not yet operational because of calibration, technical and language issues.

“I am disappointed because I had been personally informed by government officials that this particular testing equipment was already functioning, just to learn very recently that this is not the case.

“In times like this, all we need is to be told the truth, especially when matters of public health and safety are at stake. This is the very least Solomon Islanders can expect,” says Hon. Kenilorea.

Given the humanitarian nature of the seized equipment to citizens of Solomon Islands, the Foreign Relations Committee Chair called on the government to immediately release the equipment to the intended its recipients.

“I strongly urge the government to immediately release the confiscated medical equipment so that it can be operationalized as soon as possible and contribute towards protecting our citizens in our collective efforts to combat COVID-19."