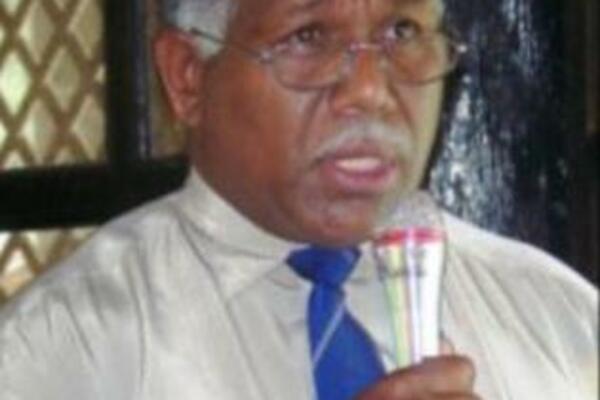 Mr Hou, who resigned his lucrative job with the World Bank in Washington DC, returned to the country to attempt a political career.
Source: STO Archives
Share
Wednesday, 14 July 2010 10:46 AM

Former Central Bank Governor turned politician Rick Hou is taking on 14 other candidates in the race for the Small Malaita parliamentary seat in the 2010 national general elections.

Mr Hou, who resigned his lucrative job with the World Bank in Washington DC, returned to the country to attempt a political career.

He is contesting alongside two former Member of Parliament, the current caretaker minister for Foreign Affairs William Haomae and Honiara businessman Alex Bartlett.

Amongst the other contenders are an up-and-coming young businessman Rudolf Dorah and a senior SICHE Lecturer Mathew Fakaia.

In the Malaita constituency of Central Kwara'ae, Fred Fono who held the seat since the 1997 general election will be fighting to retain his seat, against 10 other candidates, including a woman and two former MPs.

In neighboring Aoke-Langa Langa, Mathew Cooper Wale is up against five other contestants, including a woman for the parliamentary seat he won in the 2008 bye-election.

Another former prime minister, Francis Billy Hilly is contesting alongside four other candidates for the Rannoga-Simbo seat.