Hou Sworn in as Finance Minister 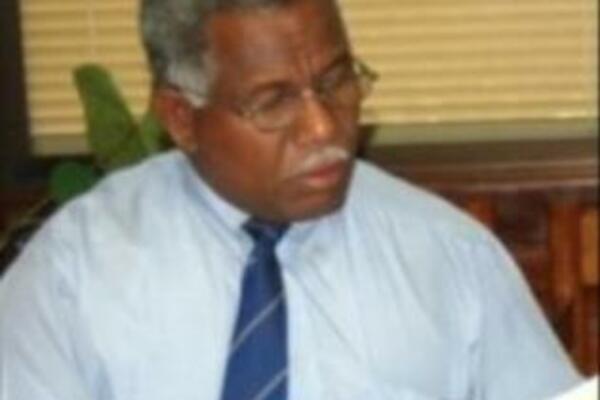 Mr. Hou says that the government is confident that it could deliver sound economic policies.
Source: STO Archives
Share
Tuesday, 22 November 2011 08:10 AM

The Lilo led government has sworn in Member of Parliament for Small Malaita, Rick Hou, as the new Finance Minister. He was sworn in yesterday afternoon.

In a brief media interview Mr. Hou says that the government is confident that it could deliver sound economic policies to ensure that the country continues to broaden its economic base.

Mr. Hou is the former governor of the central bank, a position he held for more than 15 years, before taking up a senior advisory role with the World Banks office in Washington D.C.

The Hon. Rick Hou is one of the key public figures in the Solomon Islands whose credibility is intact, if not enhanced, after resisting corruption and several attempts by fraudsters to bankrupt the nation during the ethnic conflict.

Positions of significant interests to the country, such as the Deputy Prime Minister and Foreign Affairs Minister, among others, are still vacant.

It is expected the prime minister will name the full cabinet line-up before parliament reconvenes on Wednesday.