Honiara Shuts Down Ahead of No-confidence Vote 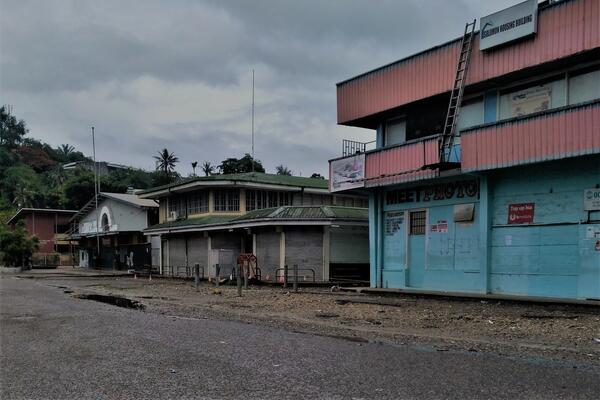 Shops at the foothills of Parliament this morning.
Source: STO
By Jimmy Nolan
Share
Monday, 06 December 2021 09:49 AM

An air of uncertainty fills the air, a cloud of darkness hovers across the nation’s capital Honiara.

The no-confidence vote will soon be debated and voted on in Parliament. While there was no official advise issued for a general lock down, business houses in Honiara have shut down, fearing a repeat of last weeks riot.

The police have also issued a ban on the sale of liquor for Honiara and Guadalcanal. Heavy police presence is evident since this morning, ready to deter any violence during and after the vote.

Solomon Islanders are anxiously waiting for the motion to be debated, and for an end to the weeks of carnage and political uncertainty.

The motion of no confidence requires a simple majority to pass - so it only requires half of the house plus one MP voting in favor of the motion. If the government wins the no confidence motion, it carries on as before. Should the opposition group succeed they will name their leader and an advice will be sent to government house.

The Leader of Opposition, Matthew Wale, filed a notice for a vote of no confidence in the Prime Minister on Sunday. The motion was accepted by the Speaker of Parliament, and, as required by law, a seven days’ notice was issued before it could be debated in Parliament.

The motion of no confidence comes days after the looting and riots erupted on the streets of Honiara. The Prime Minister private residence was also attacked, with one of his homes burnt by rioters.

He says what they hope to achieve through the no-confidence vote is a political solution.