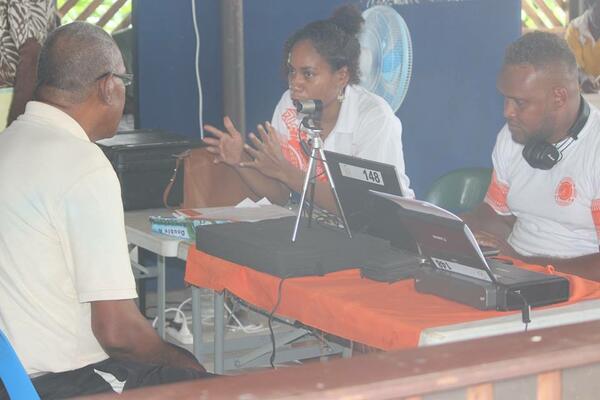 The Nomination period ends 4pm tomorrow (Feb 20th) and further 48hours will be given for candidates who wish to withdraw to do so.
Source: SIEC
Share
Tuesday, 19 February 2019 07:26 AM

The Solomon Islands Electoral Commission (SIEC) has formalized arrangements for the opening of nomination centers in Honiara.

The decision to open nomination centres in Honiara was made due to the recent bad weather experienced in the country.

The intention to open the Centres was to facilitate nominations for intending candidates who are not able to travel to their respective constituencies due to the bad weather.

Other Guadalcanal constituencies have reported smooth executions of the process therefore need not to open up centres in Honiara.

All other constituencies throughout the country will have nomination centres open in Honiara at the Electoral Office for the two remaining days as well as in the constituencies.

For Temotu, Western, Makira and Chiuseul provinces, apart from the nomination centres that will open in Honiara, Assistant Returning Officers are also stationed in the provincial headquarters to receive nominations.

“This extraordinary arrangement will enable stranded candidates in provinical headquarters and in Honiara to file and complete their nominatons before 20th February, which is the last day for submission of nomination application.,” Mr Saitala said.

This additional arrangements will esnure fair opportunity despite the bad weather and completion of nomination by the 20th February as stipulated in the Electoral Act.