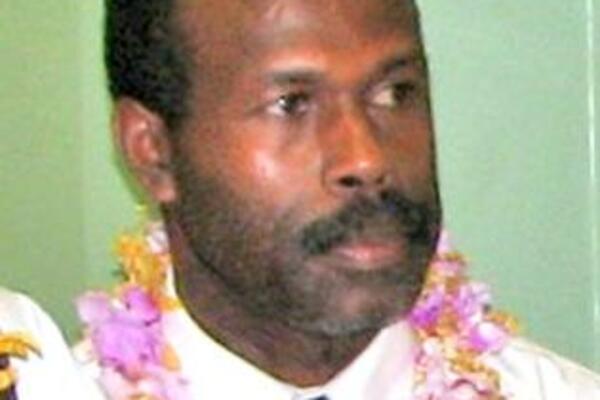 Hon. Ete says he has a copy of the letter provide to SIEA by the Prime Minister.
Source: parliament.gov.sb
Share
Wednesday, 17 August 2011 09:53 AM

This was revealed to the Media by the Member of Parliament for East Honiara, Hon. Douglas Ete.

Hon. Ete stated that the Prime Minister had written to SIEA Board three times to consider a debt of SBD$2.8m to SIEA by a privately owned company. The debt had been an accumulation over the years.

Hon. Ete said that he has a copy of Hon. Philip's recent letter to the Board's Chairman directing him to reconnect power to X-field Confectionery Limited owned by a relative of the Prime Minister.

Hon. Ete says as part of the bargain, the Prime Minister assured the SIEA board that funds for the outstanding bill will most likely come from the Republic of China's funds.

Hon. Ete adds that such decisions clearly paints a picture of the kind of leaders we have in the country and urges all Solomon Islanders to speak out against this