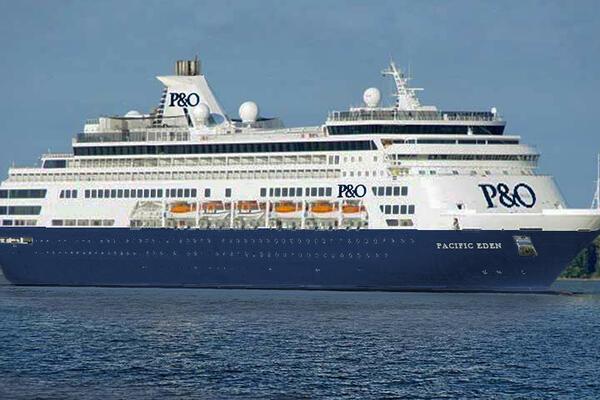 “Pacific Eden has the honour of being the largest cruise ship and the first P&O vessel to visit the City of Gizo – a major event for the community,” said Sture Myrmell P&O Cruises president.
Source: Photo supplied
Share
Tuesday, 04 October 2016 09:46 AM

P&O Cruises’ Pacific Eden became the largest cruise ship to visit Gizo on 30 September, and the first cruise vessel to berth at the new Honiara City wharf in the Solomon Islands on 1 October.

Pacific Eden called in the two destinations with 1,500 guests as part of a 10-day voyage from Cairns, Australia to ports in Papua New Guinea and the Solomon Islands.

“Pacific Eden has the honour of being the largest cruise ship and the first P&O vessel to visit the City of Gizo – a major event for the community,” said Sture Myrmell P&O Cruises president. “From the moment our guests got off the ship, they were made to feel welcome. I would like to thank the people of the City of Gizo for putting on a wonderful welcome for our guests, providing an experience of the Pacific that they will never forget.”

In Gizo, Pacific Eden’s tenders were escorted to shore by a traditional war ‘tomoko’ canoe paddled by 26 locals, while the main road was closed to create a pedestrian walk and lined with traditional arts and crafts stalls staffed by locals. Entertainers also showcased the area’s traditional dances and music.

“The government and people of Western Province have made an enormous effort to ensure that this visit is successful,” said Byrne. “I’m confident we will look back on this visit in years to come as the dawn of a new era for tourism in Solomon Islands.”

Pacific Eden will return to Gizo and Honiara at the end of October, and make a further three visits to Solomon Islands in 2017.