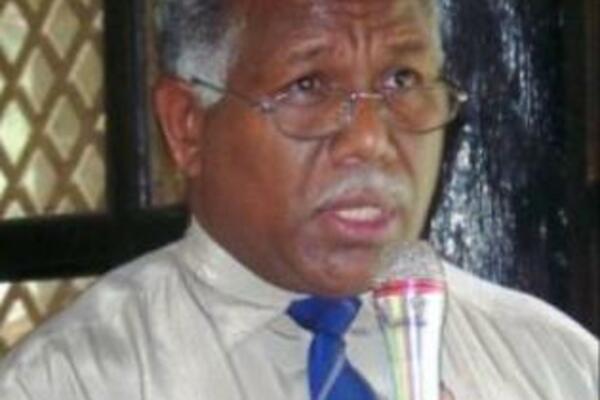 Another former Member of Parliament bows out in the 2010 national election.

Mr. Hou has been with the Central Bank of Solomon Islands (CBSI) for a quarter of a century, the first Solomon Islander to take up the position of governor.

The newly elected Small Malaita MP, Mr. Hou, resigned as CBSI governor after 15 years with the institution to take up a job with the World Bank in Washington DC. He however cut his contract short to return to the Solomons to contest the Small Malaita seat.

"I feel humbled because this has been an ongoing call from people of our constituency a couple of elections ago. [For this year's election], they urged me and I believe it is one call that is hard for me to decline. It's not just me who worked hard, it is me and the constituency," Mr. Hou said in an interview with SIBC following the official announcement on his win.

Mr. Hou said that as a first time contender, "I had no idea what I was up against."

"While I did not make any prediction on the outcome, I took time to go around the island. All the other candidates only visited one or two communities, but I visited all the communities. I anticipated the outcome but the exact result was hard to predict."

The announcement was received with "much jubilation as if it is New Year celebrations" from supporters, with some travelling from the villages "up the mountains" around Tarapaina and along Sa'a with more still traveling to join in the celebration.

Meanwhile, as results come in, number of former MPs who have managed to retain their seats has gone up a notch with Martin Sopage retaining the North Guadalcanal seat. This brings the number to 13 with most of the returning MPs Ministers of the former C-NURA government led by Dr Derek Sikua.