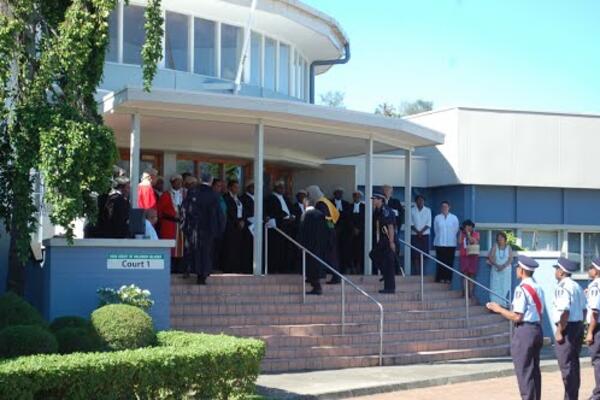 The ruling means that unregistered political parties will not be able to contest as a party in this week’s elections.
Source: Photo supplied
By Tony Kando
Share
Monday, 17 November 2014 07:53 AM

Mr Wale had argued that the political parties integrity bill, which requires political parties to be registered with the Political Parties Commission, went against his constitutional right to freedom of association.

But the court disagreed, and upheld that the Electoral Commission's right to ban parties that have not registered from participating in the election.

The ruling means that unregistered political parties will not be able to contest as a party in this week’s elections.

However, the ruling does not stop candidates of unregistered parties from contesting as independents. As independents they are free to join other coalitions and/or other registered political parties.

The Registrar of the Political Parties Commission, Calvin Ziru, in a recent interview with Radio Australia, says the ruling is important for the future of politics in the Solomon Islands.

"I think the Chief Justice was very clear, the act does not contravene the right or freedom of association of any individual and or political party and that police parties must be registered under the act in order for them to contest the elections."

Mr Wale’s party, the Solomon Islands Democratic Party (SIDP), has not registered with the Political Parties Commission for this year’s elections. Gabriel Suri, legal counsel for the SIDP, has confirmed that an appeal will be lodged.