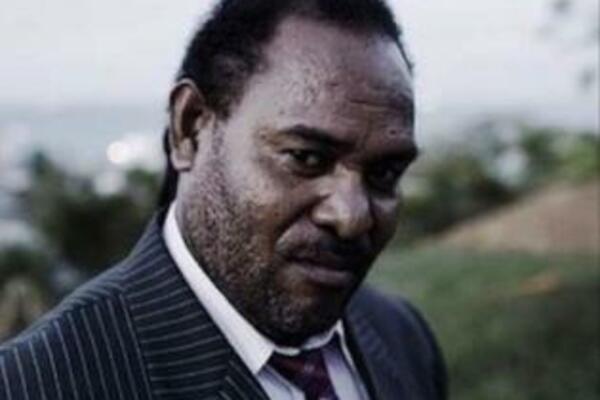 MP for Aoke Langa Langa, Mathew Wale, had lodged the suit questioning the validity of the decision by the Police Minister and the Parole Board.
Source: Photo Supplied
Share
Tuesday, 18 October 2011 07:38 AM

The High Court has ruled that the MP for North Malaita, Jimmy Lusibaea, should have ceased to perform his functions as a Member of Parliament and vacated his seat on the 30th of January this year.

In its judgment yesterday the Court ruled that the Speaker of Parliament was wrong to decide that the MP for North Malaita could continue sitting as a member for Parliament under the provisions of section 51 sub-sections 2 of the Constitution.

Justice David Chetwynd said the granting of remission by the Minister for Police last year did "not reduce Mr Lusibaea's sentence to less than six months, and therefore Mr Lusibaea ceased to be a Member of Parliament at midnight of 30th January this year."

MP for Aoke Langa Langa, Mathew Wale, had lodged the suit questioning the validity of the decision by the Police Minister and the Parole Board. Mr Lusibaea's two years nine month sentence, imposed last year by the High Court, was effectively reduced to one month one day by remission.

During the trial earlier this month, Mr Wale's legal representatives said that a remission "does not reduce a sentence or conviction made by a trial court, but only have an effect on the execution of the sentence."

They said only an appeal Court or the Prerogative of Mercy committee has the power to reduce or wipe out a conviction or sentence.

They argued that in the absence of these two judicial bodies, the two years nine months prison term imposed by the High Court of Solomon Islands on November 30th of 2010 on Jimmy Lusibaea still stands and the remission granted by the Minister of Police, National Security and Correctional Services cannot reduce or wipe out the sentence or conviction.

They concluded that the Speaker of Parliament was wrong to say that the remission granted by the Minister of Police effectively reduced the sentence imposed by the High Court on Mr Lusibaea.

Meanwhile, Opposition MP Mathew Wale has described the High Court's ruling on the MP for North Malaita Jimmy Lusibaea as "victory for the rule of Law in the Solomon Islands."

Mr Wale says the Constitution was very clear and that the Speaker of Parliament should have relied only on the sentence the Court had imposed.

The Aoke/Langa Langa MP also clarifies that it is important for people to understand that he did not take the case personally against Mr Lusibaea.