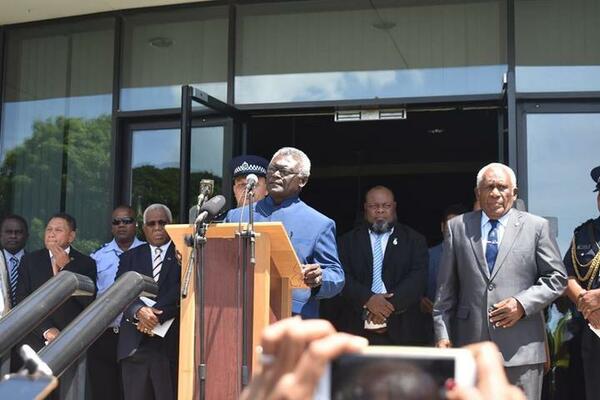 The High Court has adjourned the case challenging the validity of Manasseh Sogavare’s candidacy as Prime Minister to Thursday next week.

Manasseh Sogavare won the election on Tuesday with 34 votes. Mathew Wale and his group boycotted the election, citing the court order that was delivered that morning, ordering the Governor General to defer the election.

Wale told local media soon after Sogavare was elected Prime Minister that the Governor General should have called off the election because of the significance of the case against Sogavare.

"The case that I lodged was significant for clarifying the application of the laws relating to the nomination and election of the prime minister," Matthew Wale said.

But a constitutional lawyer in Solomon Islands, Charles Ashley, told Radio NZ that he believes Mr Wale might have left it too late to make the challenge.

"What I believe Matthew Wale should have done was before Sogavare was nominated that was the time that he could have asked the High Court to rule on Sogavare's eligibility to be a candidate," Charles Ashley said.

Mr Ashley also believes Sir Frank was actually acting within the law as the Solomon Islands constitution provides special protections for the Governor General and his running of the election of the prime minister.

"Schedule two of the constitution says even the courts, they cannot look into what the determination, the deliberation that has been taken by the Governor General," Mr Ashley said.

Mr Ashley believes even if the High Court were to rule Mr Sogavare's nomination for prime minister invalid based on the Political Parties Integrity Act it would be rendered ineffective by the constitution which says any MP can be nominated for the Prime Minister's post.