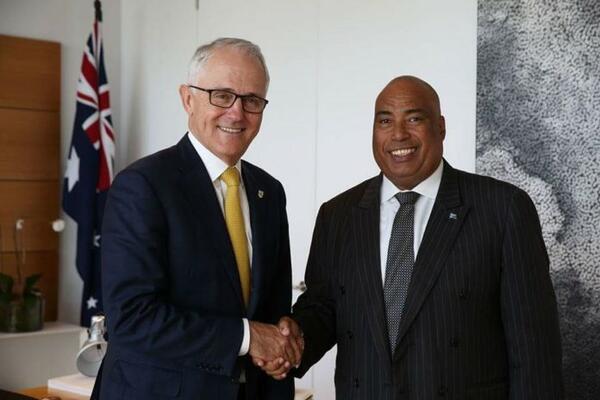 His Excellency Beck is Career diplomat who began his service with the Ministry of Foreign Affairs and External Trade in 1988, making him one of Solomon Islands most seasoned diplomats.

His Excellency Beck acknowledged Australia’s role and support for the Regional Assistance Mission to Solomon Islands (RAMSI) and its ongoing drawdown process.

He conveyed to Prime Minister Turnbull, the Solomon Islands Government’s intention to host an event to mark the conclusion of the RAMSI ‘Helpem Fren Mission.’

Prime Minister Hon Turnbull, in turn, affirmed that Australia remains committed to its engagements with Solomon Islands and expressed hope that the bilateral relations between the two countries will reach new heights during his tenure.

Prime Minister Turnbull also stated that he looks forward to host Prime Minister Sogavare when he visits Australia as guest of his Government next year.

His Excellency Beck takes up postings as High Commission after his predecessor, His Excellency Late Beraki Jino, was appointed to the post of Permanent Secretary of the Ministry of Foreign Affairs & External Trade in 2014.