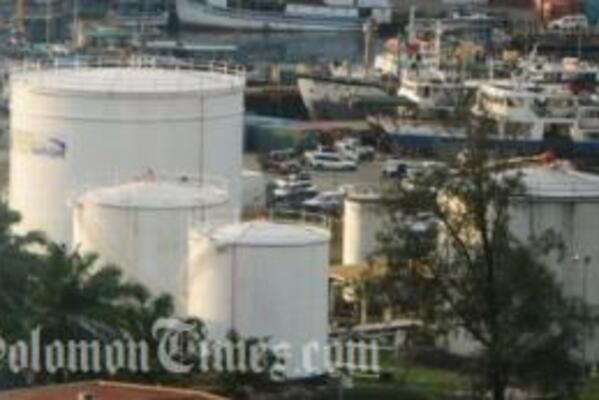 To replace Mr. Hemmer, Mr. Carson Korowa, had been appointed by the Board to act as the General Manager of SPOL.
Source: Archives
Share
Friday, 23 July 2010 11:48 AM

The SPOL (South Pacific Oil Limited) Board Chairman, Mr. Joses Tuhanuku has announced the sacking of SPOL's Managing Director, Mr. Mike Hemmer, after his Board met yesterday to decide on Mr. Hemmer's future with the company.

Mr Tuhanuku said that the decision taken was done on the recommendation of the Solomon Islands National Provident Fund (SINPF), who also holds the majority shares of 75% in SPOL.

In a meeting earlier this week, SINPF board passed the resolution to terminate the arrangements that made Mr Hemmer the Managing Director of SPOL. The SINPF resolution also recommended that SPOL take legal action against Directors, Mr Hemmer and his wife. Mr. Tuhanuku also announced that the current arrangements for SPOL management will also be terminated.

Mr. Hemmer held the position of Managing Director under an arrangement with SINPF and GRIP & Associates, a company Mr. Hemmer owns.

The SINPF chairman, Mr. Austin Holmes, called Tuesday's board meeting after being informed of the results of an internal inquiry into SPOL's finances conducted by the company's secretary and internal auditor. The inquiry had uncovered transactions worth significant and substantial amounts that had been made without the proper legal authority of the SPOL board.

Mr Tuhanuku stated that he wanted to reassure SPOL customers and the general public that the company's operations will continue as normal adding that the board has acted in the company's best interests.

Mr Tuhanuku, who is one of the two representatives of the workers in the SINPF board, said it had been important to deal with such a serious matter as quickly and efficiently as possible in order to protect the savings of ordinary NPF members who have invested in SPOL. He added that the board also ratified the commencement of legal proceedings against GRIP & Associates and Mr and Mrs Hemmer.