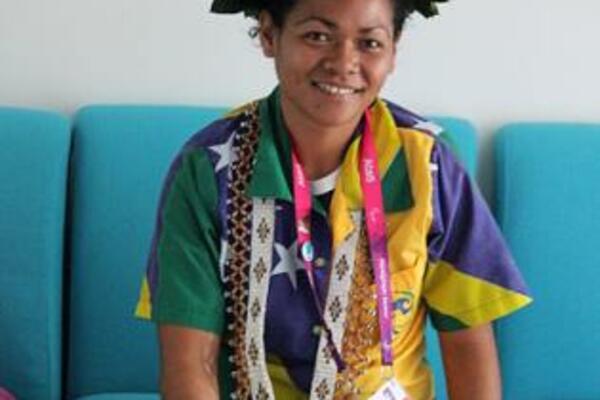 Saohaga's best throw in competition was a distance of 5.23 metres, setting a personal-best career throw for the athlete.
Source: wikinews.org
Share
Tuesday, 11 September 2012 08:18 AM

Only Olympic powerlifter Wendy Hale has bettered her performance, coming twelfth in competition at the 2008 Summer Olympics.

Saohaga qualified for this year's Paralympics on the basis of being a wildcard invite; a representative of the Solomon Islands Paralympic Committee believes, with better coaching and additional training, she has the potential to qualify for the Rio Paralympics on performance grounds.

Saohaga's best throw in competition was a distance of 5.23 metres. This set a personal-best career throw for the athlete, and sees her finishing with a season's best score of 228. Her efforts saw her finish ahead of several competitors including: Nephtalie Jean Louis of Haiti, Rhodah Mutale of Zambia, Madinat Abdullayeva, of Azerbaijan and Nadia Medjedj of Algeria.

In training at the practice athletics field in London, Saohaga spent time on-field at the same time as Oscar Pistorius, and got her picture taken with the "Blade Runner".