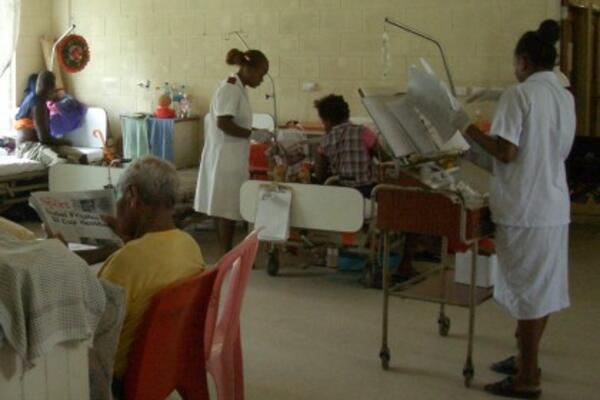 The outbreak of diarrhoea have affected over one thousand people and have resulted in at least 16 deaths in young children in the past two weeks.
Source: sibconline.com.sb
Share
Wednesday, 04 June 2014 07:49 AM

The Solomon Islands Ministry of Health and Medical Services has has declared a nation wide diarrhoea outbreak.

The Ministry of Health and Medical Services (MHMS) also responded to people by saying that “hand washing saves lives”.

The outbreak of diarrhoea have affected over one thousand people and have resulted in at least 16 deaths in young children in the past two weeks.

These outbreaks have been reported in six provinces, including Guadalcanal, Western Province, Choiseul, Malaita, Central and Makira.

“Diarrhoea is a leading cause of death in children under five years old”, said Dr. Chris Becha, MHMS Under Secretary, Planning and Policy. “To keep their children safe, parents need to take their child to a health clinic as soon as they show signs of diarrhoea.”

Diarrhoea is the passing of frequent, watery stools. It can be easily treated.

“Parents should request that their children be given oral rehydration salts (ORS) and zinc to reduce the duration and severity of the illness, and ensure children take these medications as instructed,” said Dr Becha.

Rotavirus has been confirmed as the cause of the outbreaks in Honiara, Guadalcanal and Gizo, Western Province.

Rotavirus infections are highly contagious and spread through person-to-person contact, contaminated objects, or contaminated food or drink. Symptoms, including diarrhoea and vomiting, usually appear between 1 and 3 days after being exposed to the virus.

“Rotavirus can be prevented by thorough hand washing for 10 seconds using soap and water and drying with a clean towel after going to the toilet or caring for someone with diarrhoea, and before preparing or eating food,” said Dr Becha.
MHMS urges all Solomon Islanders to take their child to a health clinic as soon as they show signs of diarrhoea.