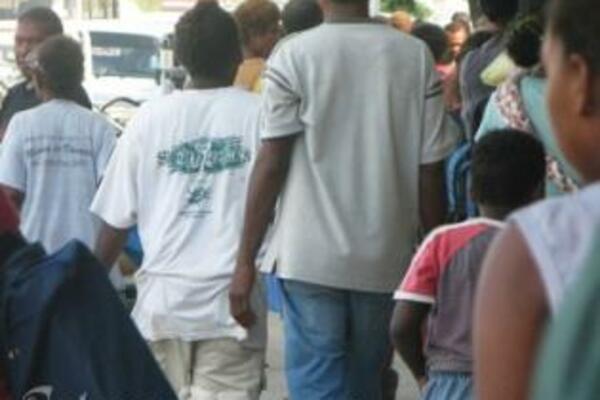 Health authorities say that the important thing is for people to maintain healthy practices by maintaining cleanliness and staying away from large gatherings.
Source: STO Archives
Share
Friday, 19 June 2009 07:37 AM

Members of the public have been advised not to panic over the swine flu virus.

Under Secretary Health Improvement, Doctor Cedric Alependava says there is no real need for panic, as the "swine flu is like the normal flu people are used to in the country."

Doctor Alependava says although there is still no drug which can actually cure the disease, patients infected with swine flu virus can still be treated with anti-viral drugs.

He says the current suspected swine flu patient, kept in confinement at the National Referral Hospital, is slowly recovering well. Doctor Alependava advises people to seek medical advice at the earliest possible time if they think they are ill with the flu.

He says the important thing is for people to maintain healthy practices by maintaining cleanliness and staying away from large gatherings.

Meanwhile, Doctor Alependava says the swine flu infection seems to be loosing its pandemic strength as it spreads to other parts of the globe from its origin in Mexico.

He says natural environmental conditions could have contributed to behavioral changes to the infection pattern.

He says the swine flu can become severe in its infection when it meets up with other types of viruses within the human body.

Dr. Alependava also dismisses as incorrect the perception held by some members of the public that the disease does not have severe and adverse infection strength in a warm and hot climate like Solomon Islands.

He says the flu virus spreads the same way and can be as severe in a cool or a hot climate.

He says the best way to avoid it is by maintaining high hygienic practices.