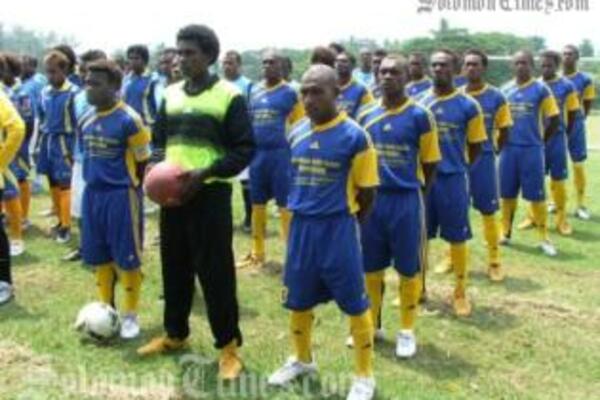 The Guadalcanal Cup tournament kicked off to a good start yesterday with two matches played.

Six (6) teams were registered for the championship from which the eventual Guadalcanal provincial team to represent the province will be selected from for the upcoming 'Our Telekom Solomon Cup' next month.

A small but purposeful ceremony was held at the SIFF Academy field to formally open the tournament.

Speaking at the opening, Guadalcanal Province Premier, Stephen Panga, told the players to make use of the experience and continue with football in their home villages.

Premier Panga also highlighted the importance of the event, saying that it will bring young people together in helping to reconcile differences as the province continues its rehabilitation process. Panga committed $10,000.00 from the Guadalcanal Provincial Government to assist with the administration of the tournament.

The Solomon Islands Football Federation (SIFF) General Secretary, Eddie Ngava, congratulated the players and expressed that SIFF is happy for the effort of the management and players of the teams.

The Guadalcanal Football Association (GFA) is running the tournament with logistical assistance from SIFF. The SIFF Events Manager, Daniel Fa'alimae, is coordinating the tournament currently held at King George the Sixth Soccer fields.