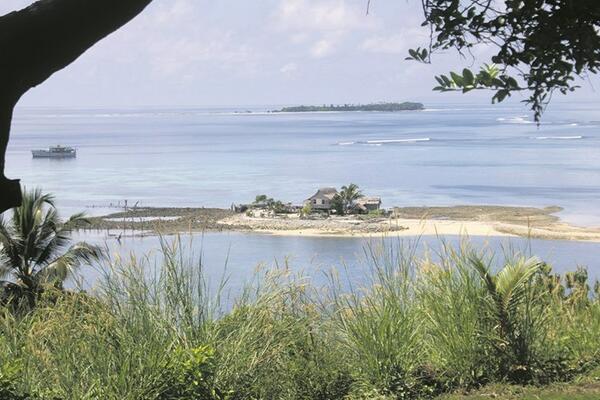 Anglican priests working in the Solomon Islands are being recruited to monitor rising sea-levels caused by global warming.

Dubbed “Green Apostles”, the clerics will gather information from most of the 900 islands that make up the Melanesian state of the Solomon Islands, where houses have been inundated and wells and farmland polluted by salt water. Several communities have already had to abandon their homes to move elsewhere.

“We are using priests as scientists,” the Rt Revd Mark Rylands, a bishop in the Exeter diocese which has historic links with the diocese of Melanesia, said. He discussed the project with the South Sea diocese’s bishops when he attended last month’s enthronement of the new Archbishop of Melanesia, the Most Revd Leonard Dawea.

“They were very keen as it’s such an immediate problem for them,” he said. “They will get the clergy involved, and the clergy are saying they will get their congregations to help. When they say morning prayers regularly, they can take the observations at the same time.

“We are hopeful that the church will become pioneers in some important research for the whole planet. It is a small thing, but it might make a huge difference. We will show we have real scientific evidence, not just anecdotal stories about the effects of global warming.”

For the next decade, they will take a daily series of readings from high-tide levels to temperatures, to provide an accurate record of climate change. “The challenge is maintaining this for up to a decade,” said Bishop Rylands, who chairs the Melanesian Mission UK which supports the Anglican church in the region. “We can find partners to go out and help, and resources to pay people to oversee and co-ordinate the project.

“We will work with the schools, and possibly establish a course at the Bishop Patteson theological college for ordinands on the care of creation based on biblical texts, such as John 3.16 about ‘God so loved the world’ — the world there meaning not just people, but the whole creation.”

The project is one of many environmental schemes that the Melanesian Mission is supporting with UK researchers. It is lead by Professor Ivan Haigh, an associate professor at Southampton University’s department of Oceanography, who has a Ph.D. student based in the Solomon Islands.

On Thursday of last week, Dr Haigh outlined the work at an event in Exeter Cathedral, when the film maker Alex Leger spoke of his experiences in the Solomons. He first visited in 1966, when he saw the homes of the 400 inhabitants of Walande island standing on the coral just half a metre above the mean high tide. By 2002, the population had increased to 1200, and they had raised their houses on stilts to escape the water. By 2016, however, all but one of the buildings had been washed away, and only four people remained.

“At least a dozen islands have been abandoned, and more will be,” Mr Leger said. “The polar ice melt is accelerating exponentially, and a lot of islands around the world, including the Solomons, are going to be under water.

“It is only by monitoring the activity through local priests that the scientific evidence can be gathered to show what is happening. . . No one else on these islands is paid to do anything, they just live off the land and the sea; so they are the one ‘hired hand’ we can call on to gather this information.”