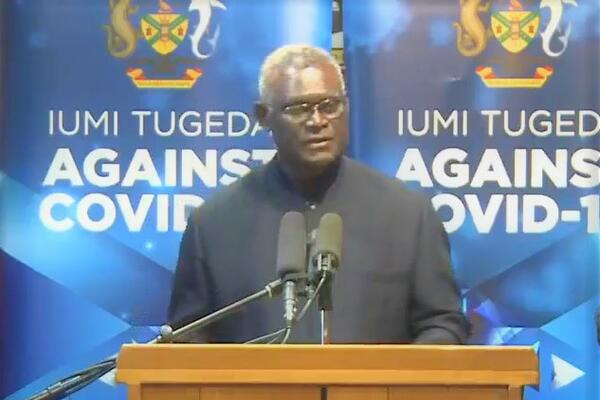 Those that still refuse to get their first dose before 31st Jan 2022 will no longer be employed, or considered for employment, by the government or state-owned enterprises.
Source: Supplied
By Jimmy Nolan
Share
Tuesday, 21 September 2021 13:11 PM

Prime Minister Manasseh Sogavare has confirmed that Cabinet has decided to extend the time period for those government workers that have yet to receive their first dose of the COVID-19 vaccination.

Sogavare says that based on a report from the Oversight Committee (OC) an impressive 82% of government workers have complied with directives made by Cabinet and got their first jab before the 31st August 2021 deadline.

He says the remaining 18% have been given a further two months to get their first COVID-19 vaccination or face the consequences.

The Prime Minister says that those that do not get their vaccination before the grace period lapses on the 31st October 2021 will be put on half pay and not allowed to return to work.

Those that still refuse to get their first dose before 31st Jan 2022 will no longer be employed, or considered for employment, by the government or state-owned enterprises.

Sogavare says that the Ministry of Public Service and other relevant government agencies have been directed to formalize this new condition of employment for all government employees, including those in state owned enterprises.

This means proof of vaccination will soon become a mandatory condition for employment in government and state-owned enterprises.

The Prime Minister admits that more needs to be done to increase the country’s target of 90% vaccination coverage.