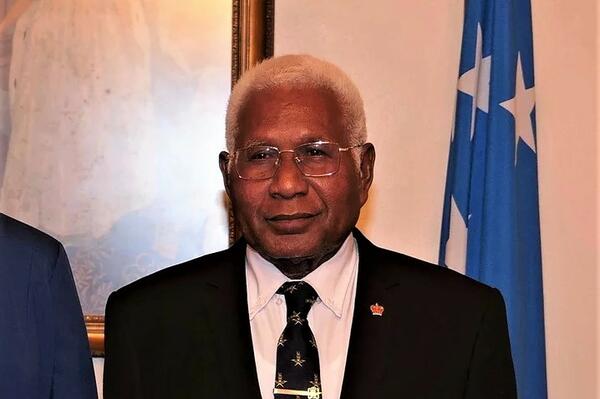 The Governor General by a Proclamation has declared last night that a state of public emergency exists in Solomon Islands.
Source: File
Share
Wednesday, 25 November 2020 08:07 AM

The Governor General, His Excellency, Sir David Vunagi has extended the State of Public Emergency (SOPE) last night for a further 4 months following the expiry of the country’s second SOPE on November 24.

The extension has been made upon recommendation from the Prime Minister following a Cabinet endorsement last week.

One of the key reasons for the extension is to protect the country from any community spread of covid-19 by containing the virus in quarantine centers.

Currently the Government is caring for our repatriated citizens and residents in quarantine stations and they cannot remain there without a state of public emergency.

Government cannot also carry out testing on perfectly healthy persons without their consent, but under a State of Public Emergency, testing can be done.

Furthermore, Cabinet had approved the deferment of the Public Health Emergency Bill, which should replace the SOPE due to resource constraints.

In exercise of the powers conferred by section 16(2) of the Constitution, the Governor General by a Proclamation has declared last night that a state of public emergency exists in Solomon Islands on and from 24 November 2020 on the grounds that:

The World Health Organisation has declared that the Novel Coronavirus 2019 (“COVID-19”) is a public health emergency of international concern and is a pandemic.

Furthermore, COVID-19 can easily transmit from person to person and is capable of causing a severe respiratory illness, which may lead to death.

The proclamation further states that it is necessary to take measures to ensure that COVID-19 is not transmitted from person to person within Solomon Islands (including by controlling the entry of persons into Solomon Islands and requiring the quarantining and testing of persons).

It also added that it is necessary to preserve public health, safety, order and security during the global outbreak of the COVID-19 pandemic.

The first SOPE was declared on 25 March 2020. This declaration was further extended by Parliament by way of a resolution for a period of 4 months, which ceased on 24 July and the Governor General issued another proclamation on the same by entering Solomon Island into its second SOPE period.

Solomon Islands recorded its first covid-19 positive case on 3 October 2020 and since then the SOPE has enabled the Government to act decisively and swiftly. It has also assisted in the preparedness and response planning by the government authorities.