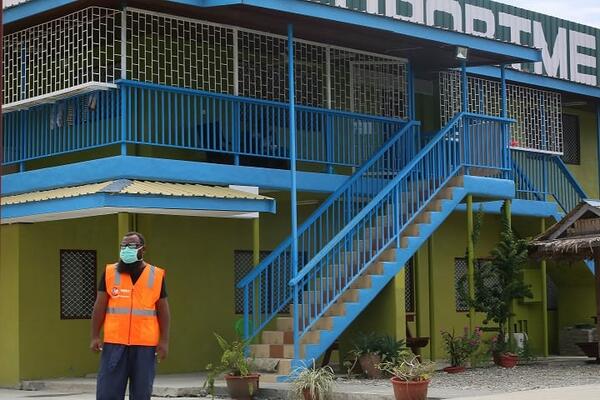 Dr. Rodgers says whilst it is good to go to single rooms to limit the likelihood of exposure, it is also risky to move them to another location.
Source: File: Island Sun
By Georgina Kekea
Share
Monday, 19 October 2020 09:21 AM

The government is weighing its options whether to move some of the occupants from Chengs quarantine station to other quarantine facilities.

“We have not decided yet but if we have to, we will have to isolate these students from each other. Based on the report we will look at ways in which we can separate the occupants further”, Kuper says.

He says so far, the students are becoming more cooperative.

Meanwhile, Secretary to Prime Minister (SPM) Dr Jimmie Rodgers says that while the risk of COVID-19 spreading further inside the quarantine stations is high, the risk of it spreading in the community remains low.

“We would like people to go to single rooms, but we are assessing that yet”, Rodgers says.

H says whilst it is good to go to single rooms to limit the likelihood of exposure, it is also risky to move them to another location.

“You never quite know, you could end up moving the infection pool into another location”, Rodgers says.

He says they will need to make an assessment and ensure that the risks are low, and can be managed, before occupants could be shifted to other stations.

Rodgers says if any such move will be carried out, they will make sure that the transfer is seamless and safe for all involved.