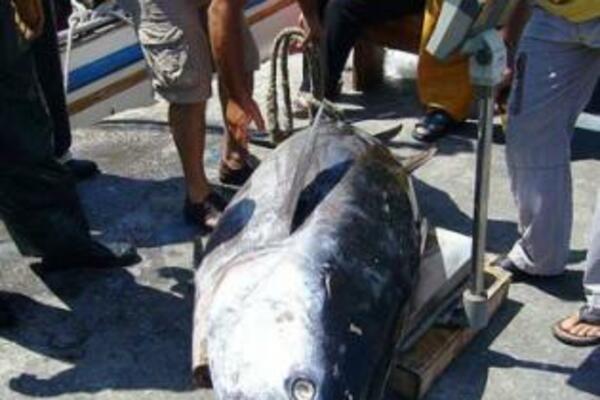 Mr Leni says the companies, when fully established, would be able to employ between three to four thousand Solomon Islanders.
Source: upload.wikimedia.org
Share
Wednesday, 24 June 2009 07:07 AM

As revenues from the logging industry falls, identifying an alternative source has become a huge government priority. The government is setting its sights on the fishing industry, an industry that has the potential to sustain the countries economy as logging declines.

In an attempt to revive the fledging local tuna industry, the government has revealed plans to cancel all bilateral fisheries agreements in the not too distant future.

Minister for Fisheries and Marine Resources Development, Hon. Nollen Leni, says the action will be taken as soon as the country establishes "three or four fishing companies onshore."

"Such a course of action will ensure that the country gets maximum benefit from its fisheries resources," the Minister said.

Mr Leni says the companies, when fully established, would be able to employ between three to four thousand Solomon Islanders.

He says it is hopeful that these companies will not only process fish catches but would also be in a position to produce tinned fish products, labelling, packaging and the production of cardboard boxes.

Mr Leni says currently there are six international companies wanting to establish onshore operations in Solomon Islands. They are however being delayed because of land related issues.

He says the establishment of two or three major fishing companies onshore will generate enough revenue "to ensure the long term viability of the Solomon Islands economy."

He says the bilateral fisheries agreements will need to be terminated to ensure people in the country are actively involved in fishing activities and in the process gain maximum benefits.