Government to Support Tourism Solomons As it Redirects Focus 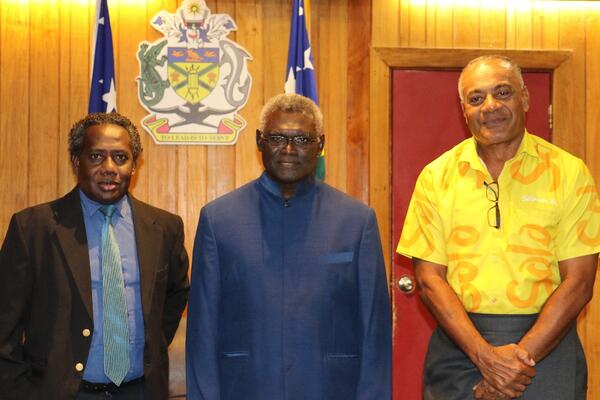 Prime Minister Manasseh Sogavare has assured Tourism Solomon’s redirection strategy with its focus on domestic tourism is well within the bounds of the National Government’s policy redirection in the current COVID-19 driven environment.

As a result, Tourism Solomons will benefit from government assistance under the Economic Stimulus Package to sustain its operations through to the first quarter of 2021.

“Domestic tourism is an area that was not originally part of our charter, but the board has realized it is an area we should be focusing on.

“Hence, in this current environment, domestic tourism has become our new emphasis.”

Despite the restrictions placed on international visitation by the pandemic, there are a number of local tourism destinations that are performing very well with domestic business.

These include Papatura Island Retreat in Isabel Province, a handful in the Western Province, Tavanipupu Island Resort on Guadalcanal and some others.

The reason attributed to their success is an ability to promote themselves effectively to predominantly the resident expatriate market in combination with people’s desires to visit areas of the Solomon Islands renowned for their natural beauty and unique cultural offerings.

“The challenge for the national tourist office and broader travel industry now is to develop other domestic tourism sectors and encourage people to go there,” CEO Tuamoto said.

“That is what we really want it terms of the redirection we intend pursuing.

“And given the right amount of funding, this will give us the ability to create and build prototype projects on one province before moving on to another province.

“The aim of this to establish a broader domestic tourism offering which while satisfying domestic demand, will be in place once the current restrictions imposed by the pandemic are no longer upon us.”

As such Tourism Solomons has sought financial assistance from the National Government to sustain its operation throughout the current situation.

The national tourist office will also take a lead in helping the tourism industry both improve current tourism product and inventory while at the same time, establish a wider selection of domestic tourism opportunities in a broader choice of domestic destinations.

Tourism Solomons first step will be to survey government lands across the country and assess their suitability as potential new tourism hubs.

Chairman Hapa said a survey team is this week planning to travel to Wagina in north-west Choiseul to scope the government land there and see how it can best be utilized.

Lake Tengano in Rennell Bellona Province has also been earmarked as a potential location to attract high quality investors.

“I have directed some drastic redirection. We need to put a stop to areas that are not really pushing anything in return to the government,” he said, adding that the scenario has changed and the productive sector must now take center stage.

“The areas that will be targeted are tourism, agriculture, the productive sector in general,” he said.

The Prime Minister had also asked that Tourism Solomons work very closely with the Government on this.

“We really need to bend backwards now and some brains need to be twisted. Some people still think it is a normal time - it is crisis time and people are not thinking crisis,” he said.

However, while Tourism Solomons has received the much-need government assurance, as a measure to alleviate further financial drain imposed under the current situation, the board has already cut off international consultants and slashed outgoing payment rates.

The board has further agreed to a number of other cost-saving measures which will see staffing levels phased out, retirements and redundancies from now until December.