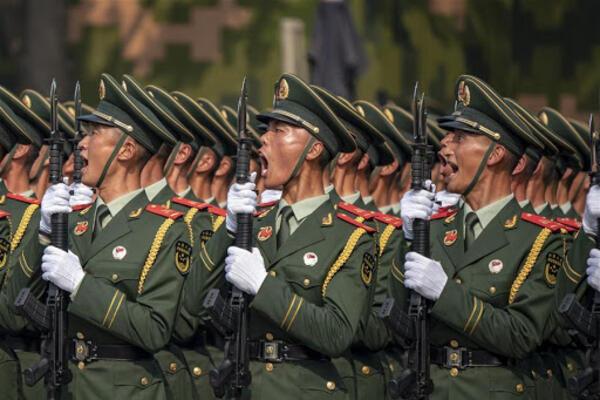 Such cooperation agreement is not the first of its kind within the region – Fiji and Vanuatu, who have diplomatic ties with China, also have cooperation agreements with the PAPF.
Source: xinhuanet.com
By Georgina Kekea and Jimmy Nolan
Share
Friday, 30 October 2020 12:50 PM

The Government is in advanced discussions with China on a co-operation agreement with the People’s Armed Police Force (PAPF) – a well-placed source revealed.

While details behind the co-operation agreement is not yet clear, it is understood the agreement will provide the necessary framework for the development of police cooperation between the two police force - with a particular focus on combating transnational crimes.

Commissioner of Police Mostyn Mangau was asked yesterday by Solomon Times Online whether such an agreement is in the pipeline, he said "at the moment there is no co-operation agreement with China.”

“But as we know our foreign policy is friends to all and enemy to none. As such we will continue to explore every avenue to see how we can best utilize such relations,” the Police Commissioner said.

The Minister for Police and Justice, Hon. Anthony Veke, would not confirm or deny that such an agreement is being discussed when contacted for comments.

The Chinese embassy in Honiara did not respond to requests for comment.

The United Nations Office on Drugs and Crimes (UNODC) has stated that international cooperation against organized crime should, as a matter of urgency, “be conceived and used as a tool for strengthening sovereignty and security, not surrendering it.”

In 2017 a joint operation between Fijian and Chinese law enforcement agencies resulted in the removal of 77 Chinese nationals who were alleged to have breached their visa conditions.

In 2019 six Chinese police officers entered Vanuatu on a chartered flight and arrested six Chinese nationals residing in Port Vila, the country’s capital. At least four of the people were reported to hold a Vanuatu passport, which would normally afford them an extradition process.

As a member of Interpol, the Chinese police issued red notices for the suspects – a system used by Interpol to alert governments of people sought for arrest – before the arrests and deportations were made in both Fiji and Vanuatu.