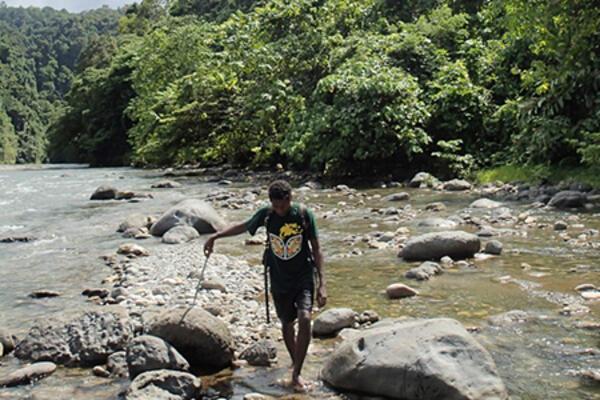 The government has secured USD$86-Million, through the Green Climate Fund (GCF), for the Tina Hydro Project.
Source: Entura
Share
Tuesday, 11 April 2017 08:42 AM

Two Solomon Islands delegations attending commercial negotiations and the 16th meeting of the Green Climate Fund (GCF) Board in South Korea have secured cornerstone finance with USD$86-Million for the Tina Hydro Project.

The first delegation was comprised of officials from the Tina Hydro Project Office within the Ministry of Mines, Energy and Rural Electrification and Senior Government Officials, Representatives of the Investment Corporation of Solomon Islands and Solomon Power.

The first delegation arrived in South Korea ahead of the DPM led Delegation to engage in commercial and technical negotiations with the selected developer of the power scheme, Korean Water Corporation (KWater) and the construction and engineering contractor, Hyundai Engineering Corporation (HEC).

The second delegation was in South Korea to provide high level support to both commercial negotiations and the GCF funding application for the Tina River Hydro Power Project (TRHPP).

The Deputy Prime Minister announced last Friday before departing South Korea that, "cornerstone finance worth USD$86M for the Tina River Hydro Power Project (TRHPP) has been secured from the Green Climate Fund (GCF) with formal approval for the funding proposal being granted at the 16th meeting of the GCF Board in South Korea.

“GCF is the operating entity of the financial mechanism of the United Nations Framework Convention on Climate Change and the TRHPP is one of our contributions under the Paris Agreement to reduce greenhouse gas emissions from the energy sector.

“This undertaking of both national and international significance is, by virtue of the project’s financial composition and commercial structure, the first funding application of its kind to be submitted that was recognized as exceptional by Civil Society Organizations and endorsed by the GCF Board as a transformative project with a very strong environmental impact analysis and an Impressive goal for reducing the expensive cost of fuel. The GCF should be proud of a project such as the TRHPP.

“With the GCF funding now approved, to date a total of USD$101M has already been formally secured by the SIG for the TRHPP in the form of both grants and concessional loans, with a minimum of USD$65M in additional funding which also has preliminary approval and though subject to pre-conditions, can be progressively made available over the coming months from various financial institutions which include the World Bank, South Korea’s Economic Development Corporation Fund and the Asian Development Bank. The aim of the SIG is to have all financing and administrative requirements in place by October 2017 so construction of the TRHPP can commence immediately thereafter,” Hon Maelanga said.

The Deputy Prime Minister added that, “This is an exemplary achievement for our small Island Nation that is categorized as a Least Developed Country by global standards, yet with the bilateral assistance of our development and donor partners, we have been able to submit and successfully secure the necessary approval for such a complex funding proposal that will now ensure timely delivery of the TRHPP.

“Commendations to all those who have been instrumental towards this successful outcome, including the Minister’s, Officials and Project Officers who were recently in South Korea for negotiations with project stakeholders and attending engagements with the GCF to ensure that SIG mandated objectives were achieved.”