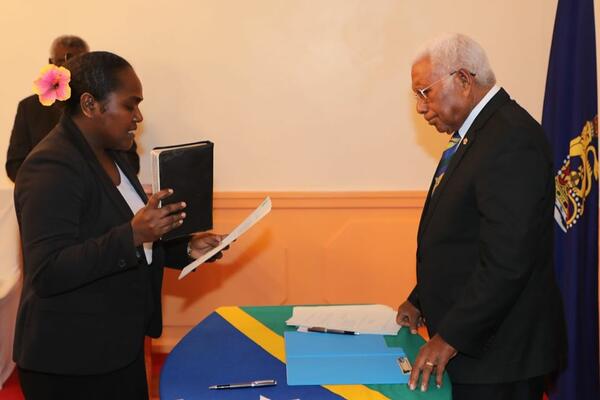 Four Ministers of the current Democratic Coalition Government for Advancement (DCGA) have been sworn-in before the Governor General, Sir David Vunagi at Government House this morning.

The swearing-in ceremony has formalized their appointments to the respective ministries recently assigned to them.

Former Ministers William Marau and Augustine Auga are expected to take up their new roles as Chairpersons of Government Committees to be announced later.

The changes or reshuffling of these Ministers was done in the collective best interests of the DCGA to ensure effective implementation and delivery of ongoing priorities during these challenging times.

The changes were made by Prime Minister Manasseh Sogavare following internal consultations with the respective Ministers in recent days.

These changes have no political implications on the solidarity of the DCGA in its commitment to deliver its policy priorities to the people of Solomon Islands.