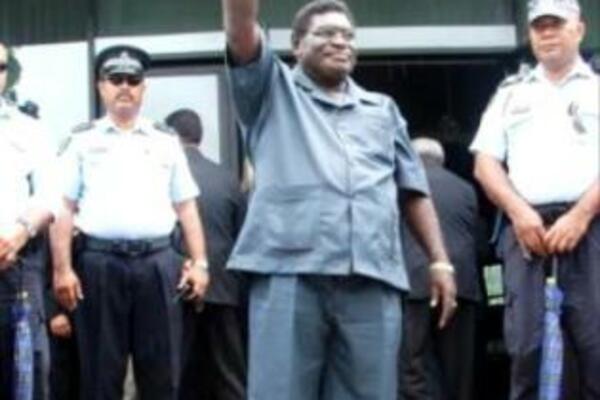 The government is also confident that at least two more MPs will join them in the coming weeks.
Source: STO
Share
Friday, 18 February 2011 08:44 AM

The National Coalition for Rural Advancement (NCRA) government has regained numerical strength after four MPs defected from the Opposition. The numbers now stand at 26 - 22 in favor of the Danny Philip led NCRA government.

Two were familiar faces, MP for Ngella Mark Kemakeza and MP for North Guadalcanal Martin Sopaghe, who have both crossed camps at least three times over the past three weeks.

The other two are MP for Ulawa Ugi James Tora and MP for Lau/Mbaelelea Walter Folotalu.

All four MPs were also given portfolios, Mr Tora has returned to the Ministry of Police and Justice, Mr Kemakeza also returns to the Ministry of Mines and Energy. Mr Folotalu has been given the Provincial government portfolio while Mr Sopaghe now heads the Lands and Housing portfolio.

The government is also confident that at least two more MPs will join them in the coming weeks.

In a brief statement issued after the swearing in ceremony the government says that it is now looking forward to implementing its policies and programmes after the budget sitting.