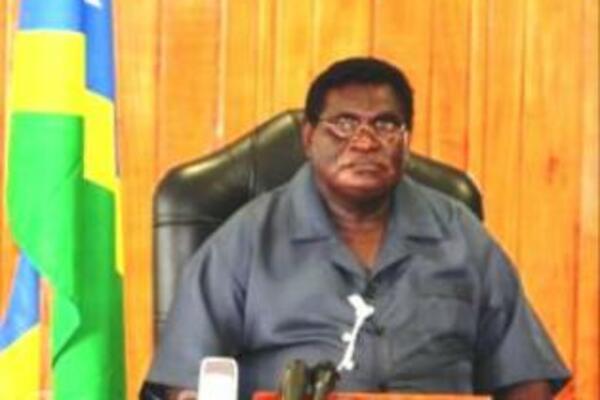 Mr Philip said the choice of Stirling Islands is also linked to the country's own security situation.
Source: Photo Supplied
Share
Tuesday, 31 May 2011 07:56 AM

Prime Minister Danny Philip has said that Solomon Islands offer to assist Australia with its asylum-seekers processing centre, was in response to reports that there were difficulties with the Australian Government's proposal to have it done in East Timor.

A statement from the Prime Minister's Press Secretary quotes Mr Philip as saying that if his Government was given the opportunity to make the offer it "would offer Stirling Island in the border between Shortland Islands and Bougainville of Papua New Guinea."

Stirling Island was the allied air force base during the Second World War and most of the military aircraft based there during the war were from the New Zealand Air Force. Composed of raised coral, it is part of the Treasury Islands group and has no permanent population.

Mr Philip said the choice of Stirling Islands is linked to the country's own security situation because the border between Bougainville and Shortlands is a very volatile area that goes back beyond the ethnic conflict in Solomon Islands.

He said that there have been many reports suggesting that guns were brought into Solomon Islands during the ethnic conflict and the Solomon Islands Government did not have the capacity to police its own side of the border.

Prime Minister Philip said with the RAMSI military component scaling down and at some point possibly coming to an end, the Facilitation Act that brought RAMSI into Solomon Islands could still provide an Australian and New Zealand military presence in Western Melanesia.

Prime Minister Philip also said that if there was presence and effective surveillance at the border by Australia and possibly New Zealand, it would provide both PNG and Solomon Islands the opportunity to bring some order to a very unstable border region between the two countries.

"On our side that would provide us with the opportunity to put our own immigration, customs, quarantine and police officers and we could easily work with PNG and Bougainville to bring an end to illegal activities at the border between the two countries," the statement reads.

Meanwhile, in a brief media statement last night, Australian Prime Minister Julia Gillard stated that her government is seriously pursuing the option of putting the asylum centre in Malaysia.

"Now, I understand people in the Parliament have different views but I am determined as Prime Minister to strike this arrangement with Malaysia," Ms Gillard said at Gordon on Sydney's north shore.

"It's an innovative approach and part of a regional solution."

Solomon Islands is a signatory to the UN convention on refugees and is a participant in the Bali regional process on people-smuggling and asylum-seekers.