Government Must Be Truthful on the State of the Economy: Wale 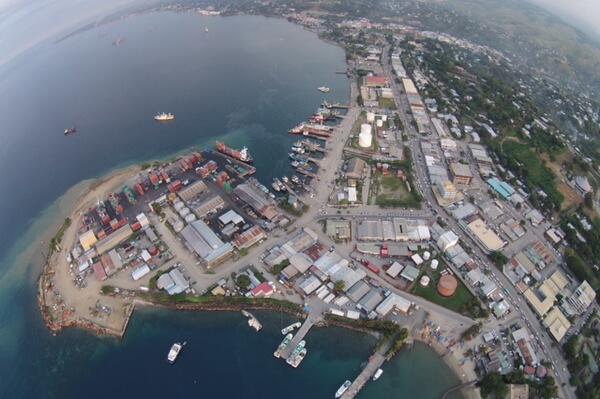 He further added that the tight cash-flow situation at Treasury and the projections of continued reduced government revenues for 2021 clearly point to the fact that government has run out of ideas to create growth in the economy broadly.
Source: File
Share
Friday, 18 December 2020 12:11 PM

Opposition leader Matthew Wale says the country’s economy is at its worst, due both to the pandemic, but also government’s mismanagement over a long time.

Wale was responding to comments made by the Permanent Secretary of Finance and Treasury, McKinnie Dentana, who during last weekend’s talkback show, claimed that the government through his ministry, has managed the country’s economy and government’s finances well, something the Opposition Leader said is misleading.

“The facts on the ground point in a different direction,” Wale stated.

Dentana said following the declaration of the COVD-19 pandemic by World Health Organisation (WHO), the Solomon Islands government not only was quick to respond by passing its health preparedness strategies but also develop its strategies to respond to financial and economic crises as expected.

However, Wale stressed that the economic stimulus package is one of the crucial tools that should have been used effectively, to sustain and stimulate growth in the economy until things return to normal, but with the way it is being managed, it is unlikely that the full benefits of the package will be realised.

“Both major and small businesses are experiencing difficulties that are beyond their control.

“The PS is either ignorant or insensitive to these difficulties and struggles in the private sector.

“The net result of these difficulties is lack of jobs for Solomon Islanders.”

Further, the Opposition Leader pointed out that families and households are experiencing economic hardship due to layoffs and lack of recruitment, adding that with limited job opportunities, this situation will only get worse.

“I wonder what these people feel when they hear the PS say the government is managing the economy well,” Wale said.

He further added that the tight cash-flow situation at Treasury and the projections of continued reduced government revenues for 2021 clearly point to the fact that government has run out of ideas to create growth in the economy broadly.

“The result will be reduced government services, further affecting our people who need such services most.

“Merely deciding who gets paid when is not managing government finances well.

“Business as usual in logging and mining are evidence of the government’s negligent economic mismanagement.

“Of course knee jerk reactionary policies in other sectors may offer short term gains but will face constraints over the long term, without meaningful structural reforms and investment.

“The PS Finance is emulating his political masters in making misleading statements on the government’s mismanagement of the economy,” Wale said.