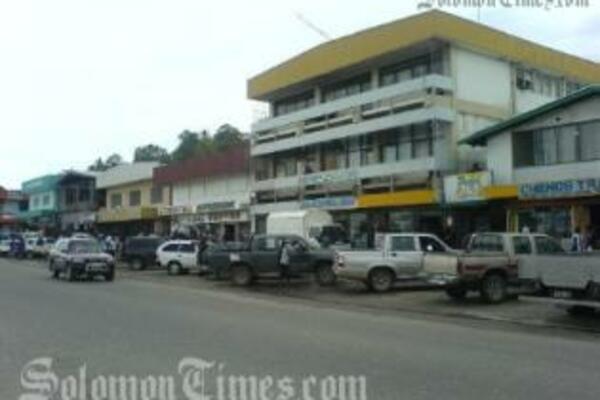 Mr Fanega said that the situation would require careful management for the remainder of the year. Some people would be inconvenienced as a result of the strategic and careful management.
Source: STO Archives
Share
Thursday, 03 December 2009 09:51 AM

The Permanent Secretary of the Ministry of Finance and Treasury, Mr Shadrach Fanega, today issued an update on the government's finances in response to public concerns.

Mr Fanega has confirmed that for the remainder of this year, government finances would remain very tight. He said that the Global Economic Crisis had hit the Solomon Islands export sector hard. As a result, government revenues would be well down on what was projected to be collected in 2009.

"The Government remains committed to delivering on its promises to the people of this nation. Early this year, the Government has responded quickly to the crisis and put in place a number of measures to cut spending and increase revenue."

Mr Fanega advised that while government finances would remain tight for the remainder of the year, the Ministry of Finance and Treasury had put in place strategies that would ensure that the government would continue to manage its way through this very difficult year.

These strategies include the sequencing of payments as they fall due. This is to ensure that Government obligation and commitments to employees and those that are dependent on government for support, such as provincial governments, clinics, schools, patients in hospitals and prisoners in prisons are being made.

He sought to reassure the public that the situation is manageable and that all government commitments would eventually be met. He indicated that in some cases patience may be required as the government continues to sequence its payments for the remainder of the year, with some programmes and activities possibly being rescheduled for commencement and payment next year.

While not being able to disclose the detail of the upcoming Budget, Mr Fanega said the Government predicts modest growth next year as our major trading partners recover from the worst of the global slowdown.