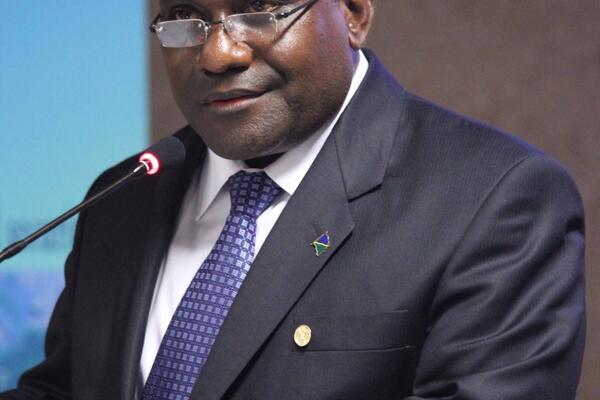 Prime Minister Gordon Darcy Lilo last night warned that “the Government will not be liable for damages or any consequential effects from the illegal release of the report.”
Source: Photo supplied
Share
Wednesday, 01 May 2013 08:56 AM

The Government has expressed disappointment over the unofficial release of the Truth and Reconciliation Commission (TRC) by the editor, Fr Terry Brown.

Fr Brown released the report unofficially through various media outlets, both locally and internationally, and through social media.

Prime Minister Gordon Darcy Lilo last night warned that “the Government will not be liable for damages or any consequential effects from the illegal release of the report.”

Mr Lilo says he is disappointed since he had already made a commitment “to be more strategic and responsible when informing the parliament on the TRC Report in its next sitting.”

“We have taken the initiative to assess the risk, social impacts and the costs associated with the recommendations of the report. That shows how the government wants to manage the release of the report and its impact to our citizens, especially the victims,” said Prime Minister Lilo.

“And here we have a church leader undermining the initiatives of a legitimate Government.”

Attorney General Billy Titiulu described the decision taken by Fr Brown does “not reflect well on such an individual, one with a high position in Church.”

“As the editor of the final report his obligation towards the report is simply for editing purposes and not to release it.

“What he just did undermines the hard work of the TRC in achieving its ultimate goal. Whatever reasons given by Fr Brown are just unacceptable because we have laws in our country to follow,” said the Attorney General.