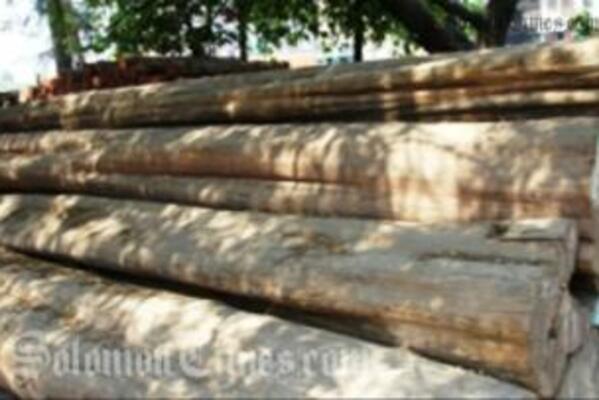 TSI says that the Government's action will not deter others from engaging in such illegal behavior.
Source: STO Archives
Share
Tuesday, 19 January 2010 07:56 AM

Transparency Solomon Islands, TSI, has labeled the Government irresponsible for its decision to simply warn an Asian logging company that tried to export round logs illegally.

TSI stated that the latest decision by the Government "only to warn and not to take any action against the Asian logging company, Chung Sol, is irresponsible and a blatant disregard for national rules and regulations."

"The Government through the Ministry of Forests should not pursue a lenient approach and compromise their position against companies that breach their licenses and act in contravention of forestry laws," TSI said in a statement.

TSI said that Chung Sol's attempt to export seven containers of logs using a milling license and to conceal the shipments of logs was a deliberate attempt to breach the laws of this country. "The Government's action will not deter others from engaging in such behavior. Instead, it sends the wrong message to milling and logging companies, that any illegal behavior will be easily tolerated and condoned."

The country has lost millions in such illegal logging practices. TSI is adamant that the decision not to prosecute Chung Sol will only fuel the perception that there is collusion and corruption in the some of the country's highest office.

"It is about time the National Government takes a tougher stance and imposes appropriate sanctions against companies who breach the terms of their permits and carry out illegal forestry activities.

Where there is a breach of law, those who breach the law should be dealt with accordingly," the anti-corruption body said.

Transparency Solomon Islands is currently working on a Forest Governance Integrity Project funded by the European Union. It is carrying out research into corruption risk areas in the forestry sector, particularly in the licensing area.