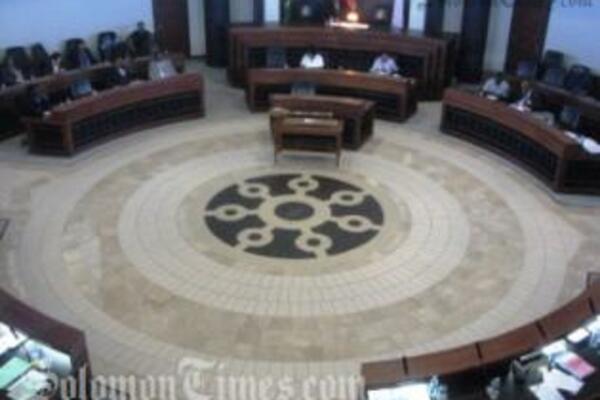 The Motion of No Confidence will be brought for debate in Parliament this Friday.
Source: STO Archives
Share
Tuesday, 08 November 2011 08:44 AM

The Solomon Islands Prime Minister, Hon. Danny Philip and his government are confident of defeating the proposed Motion of No-Confidence this Friday in Parliament.

The government is also confident that its 2012 national budget will be passed without any difficulty.

Andrew Donua Muaki, Special Secretary to the Prime Minister stated that apart from the 2012 Budget, there are at least two bills that Parliament will likely consider in Parliament this week.

Hon. Philip is very confident of the unconditional support of at least 29 MPs out of the current 49 Members of Parliament.

Mr Muaki says the NCRA Government is expecting to increase that number to 30 MPs before Parliament meets on Friday to debate the Motion of No Confidence.

He says any reports that Mr Philip might relinquish the PM's post is wishful thinking on the part of those that perpetuate such reports.

Mr Muaki says Parliament elects the PM, therefore, it is also Parliament that has the mandate to remove a PM.

He says the current 29 MPs that the government has does not include those that have voluntarily left NCRA Government in the recent past for reasons only known to them.