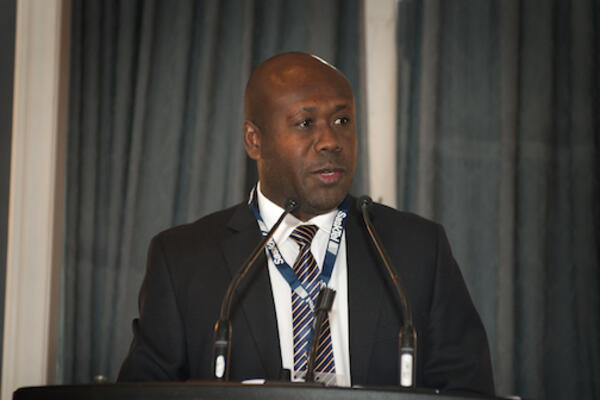 He said that this is a serious matter that must be formally reported to the police and investigated.
Source: CLN
Share
Wednesday, 25 September 2019 08:44 AM

The Democratic Coalition Government for Advancement (DCGA) has strongly condemned any bribery-attempts by national leaders as published in the media yesterday.

Front-page articles published in the local print media reported the Premier of Malaita Hon. Daniel Suidani claiming a Minister and a Backbencher had tried to offer him SBD$1 million to support the China switch.

Speaking on behalf of the DCGA as Minister for Provincial Government and Institutional Strengthening Hon. Anthony Veke stated, “We denounce in the strongest terms any form of bribery by national leaders as alluded to by the Premier of Malaita Province.”

He said that this is a serious matter that must be formally reported to the police and investigated.

Hon. Veke urges Premier Suidani to take this matter to the responsible authorities so the facts can be established before being made public to avoid creating unnecessary animosity.

Hon. Veke also confirmed that arrangements were being made by the Ministry for Premier Suidani and other Premiers to hold a roundtable dialogue and to explain as Minister responsible for Provincial Governments, the foreign policy position of DCGA and processes involved in the decision to change diplomatic recognition from Taiwan to China.

“As a former premier myself, I respect premier Suidani’s position on the China-Taiwan issue. I however, feel obliged as Minister responsible to provide factual information. This is to avoid premier Suidani and all premiers receiving inaccurate information from questionable sources.

The intended approach was for all Provincial Premiers. They are important leaders in our second tier governance structure” he said.

Minister Veke confirmed that no bribes were offered by the Ministry of Provincial Government and Institutional Strengthening.

“Foreign policy is a mandate of the executive arm of the national government and not that of provincial governments”. He reiterated.

Minister Veke was in the process of inviting premiers for a dialogue to map a way forward for provinces in context of the new Sino-SI relations when he made the invitation.

The DCGA is committed to the delivery of ongoing and prospective policy priorities in the interests of anti-corruption, peace, national stability and economic progress.