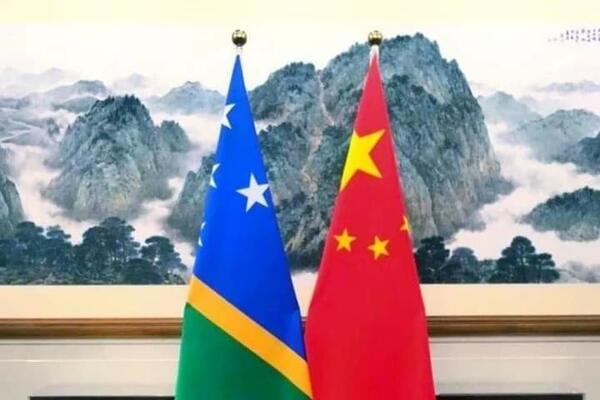 The Government confirmed that China’s Embassy Security Personnel have not entered the country and no arms have been shipped.
Source: File
Share
Wednesday, 13 April 2022 16:58 PM

The request by the Chinese Embassy in Honiara to the Solomon Islands Government to allow diplomatic Chinese security personnel to protect the Embassy during the November 2021 riots was considered and held in abeyance by the Government.

The Government made this clarification in relation to so-called leaked documents circulating on social media that relayed correspondences between Officials of the Chinese Embassy in Honiara and the Solomon Islands Ministry of Foreign Affairs and External Trade (MAFET) and the Ministry of Police, National Security and Correctional Services (MPNSCS).

The request was made in light of the November 2021 violent riots where business establishments in the City were burnt, lives lost and business owners made homeless as well as ongoing threats directed at the Chinese Embassy.

“It was a dark chapter in Solomon Islands history where local Police Forces were overstretched during the riot period and as a State we were not in a position to guarantee safety and security of resident diplomatic personnel in particular the People’s Republic of China’s diplomats,” a Government statement today said.

The Government clarified that it is a receiving State’s obligation under Article 22 of the Vienna Convention to protect all sending State’s resident diplomats.

All Embassies and High Commissions are considered foreign territories in the receiving state. Host country authorities can only enter with the permission of the Head of Mission. Such request is standard protocol and normally used by some countries to protect their diplomats and Consuls abroad.

The fragility of the security environment during the unrest period and the fact that their security could not be guaranteed prompted the Chinese Embassy to formally submit a request to the Ministry of Foreign Affairs and External Trade seeking temporary deployment of Diplomatic Security Personnel to protect their diplomats and the Embassy.

The request was reviewed against the changing security environment and held in abeyance as the Government continue to monitor the security situation.

The Government confirmed that China’s Embassy Security Personnel have not entered the country, no arms have been shipped apart from a separate consignment of training replica arms stored by RSIPF and China’s Police Liaison officers conducting training with Royal Solomon Islands Police Force.

“It is regrettable that misinformation from anonymous sources continue to distort facts and tarnish the good relations between Solomon Islands and the People’s Republic of China,” the statement said.

The Solomon Islands Government will continue to work hard in protecting all people from violence and fear and condemned those that serve narrow interests and attempt to undermine the country’s stability.