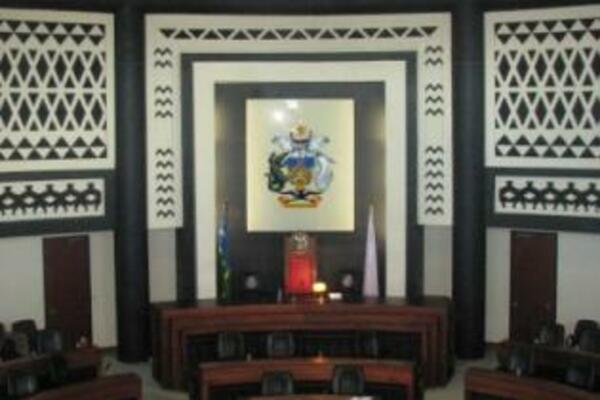 Government is aware of the possible pitfalls and gaps in the bill.
Source: STO Archives
Share
Wednesday, 29 July 2009 07:53 AM

The office of government caucus has denied any political manoeuvring within the government to sabotage the Political Party Integrity Bill which government intends to bring before the current meeting of Parliament.

In a statement, the chairman of government caucus, North Malaita MP Enele Kwanairara says the office disassociates itself from comments in the media that there is a deliberate sabotage of the bill.

He says the Caucus office maintains the Political Party Integrity Bill is government policy which has to be implemented.

Mr Kwanairara says however that government is aware of the possible pitfalls and gaps in the bill, or those stemming from its actual operation.

He says in its last meeting, Caucus has agreed to put a halt on the bill to exhaust consultation.

He says there has been consultation when the bill was discussed and drafted, but now that a complete bill is available, opportunity is given for final consultation and discussion.

Mr Kwanairara says consultation is expected to draw feedback from legal consultants from overseas, from provincial premiers, church leaders, chiefs, and members of the communities.

He says the CNURA government is united in its deliberations and all its members have given full support to government policies.