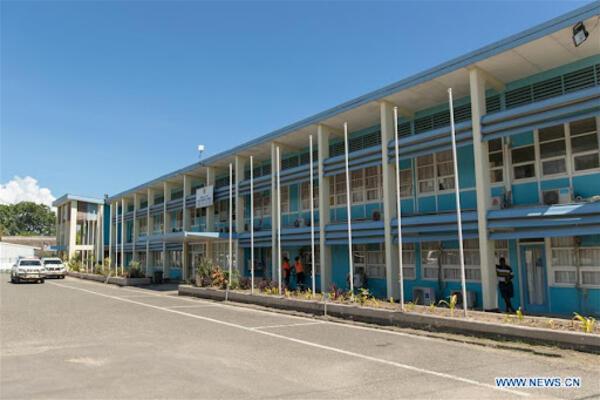 Premier Suidani says that the statement by the Ministry, released through the Government Communication Unit (GGU), is false and creates to serve a particular political agenda.
Source: News.cn
Share
Monday, 04 October 2021 09:42 AM

Daniel Suidani, Premier and leader of the MARA led government in Malaita province, has been accused of putting unnecessary pressure on his Acting Premier Nelson Lenty to boycott the Premiers Conference since the start of the Conference on Wednesday 22 September.

A statement from the Ministry of Provincial Government and Institutional Strengthening (MPGIS) said the attitude by Premier Suidani demonstrates gross disrespect for a government-sanctioned conference that provided opportunities for dialogue and discussions on important issues concerning Provincial Governments.

“This is a leaders meeting and leaders should act professionally and with a matured attitude. We don’t blame the Acting premier, but this is a result of continuous calls from Premier Suidani for his Acting Premier not to attend the meeting,” the statement said.

The Ministry says that the purpose of the Premiers conference was to update and inform the Premiers on the roll out of Government programs and activities in collaboration with the National Government redirection policy as a result of the ongoing challenges brought about by COVID-19.

However, Premier Suidani says that the statement by the Ministry, released through the Government Communication Unit (GGU), is false and creates to serve a particular political agenda.

“It is shameful for an institution that reports on national government matters to continue to lie to the public,” stated Suidani.

“As far as this issue is concerned, I was not aware of anything until Hon. Lenty himself informed me that he had walked out of the conference due to the incident reported in the media. To report that I had a part to play in this incident is insane.

“In fact, if my colleague Hon Lenty had not informed me of the incident, I would not even know that he walked out from the meeting,” the Premier stated.

Premier Suidani says this is not the first time for the GCU to report such lies and publish misleading and misinformation about Premier Suidani and Malaita Provincial affairs.

He says that a case in point was his recent medical trip to Taiwan, where the GCU came out and said that the government had already paid for the Premier’s medical costs in Australia. The Premier said that when it was pointed out that the report by GCU was untrue, GCU was silent and failed to provide evidence on what it had reported.

Premier Suidani says the GCU and the Ministry of Provincial government must be responsible and truthful in their reporting especially on issues of public interest.